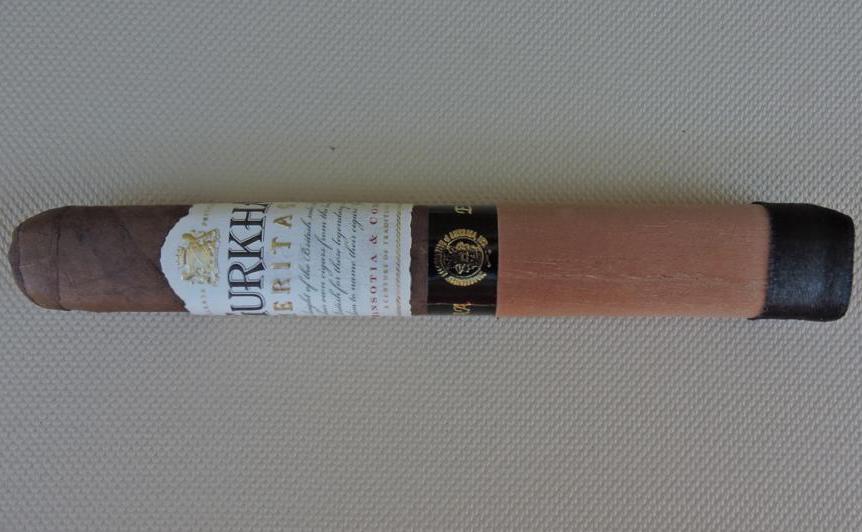 2018 marked the 50th anniversary of the Tobacconists Association of America (TAA). Over the years, the organization has put together a series of limited edition and ongoing release cigars that would be sold exclusively through its retail members and it has become known as the TAA Exclusive Series. The past few years has seen that series grow, and with 2018 the 50th anniversary there were no less than 14 new additions added to the series. Perhaps the most intriguing addition to the series was one from Gurkha known as the Gurkha Heritage Rosado Toro. The interest in that cigar is more about the company itself. For years Gurkha has been a giant in the internet-catalog sector, but the past eight years the company has made a strong turn to have a footprint in brick and mortar. In a way, this the latest step in Gurkha’s journey to do just that. The Gurkha Heritage Rosado Toro is an offshoot of Gurkha’s popular Heritage series and is the first of that series to feature a box-pressed offering. Today we take a closer look at that cigar.

The Gurkha Heritage Rosado Toro is a multinational blend highlighted by an Ecuadorian Habano wrapper. The cigar is produced at Gurkha’s long-time manufacturing partner American Caribbean Cigars in Estelí, Nicaragua.

The Gurkha Heritage Rosado Toro comes in one size – a 6 x 52 box-pressed Toro. The cigars are presented in 10-count boxes and at the time the cigar was announced, a total allocation of 1,000 boxes was made.

The Ecuadorian Habano wrapper of the Gurkha Heritage Rosada Toro had a roasted coffee bean color. There wasn’t much in the way of oil on the surface. The darker wrapper color did a good job at minimizing any visible wrapper seams. There were some thin visible veins present. While it wasn’t a wrapper with a bumpy surface, the wrapper still had a slightly sandy feel when touched. As for the box press, it has more of a classic trunk press format. 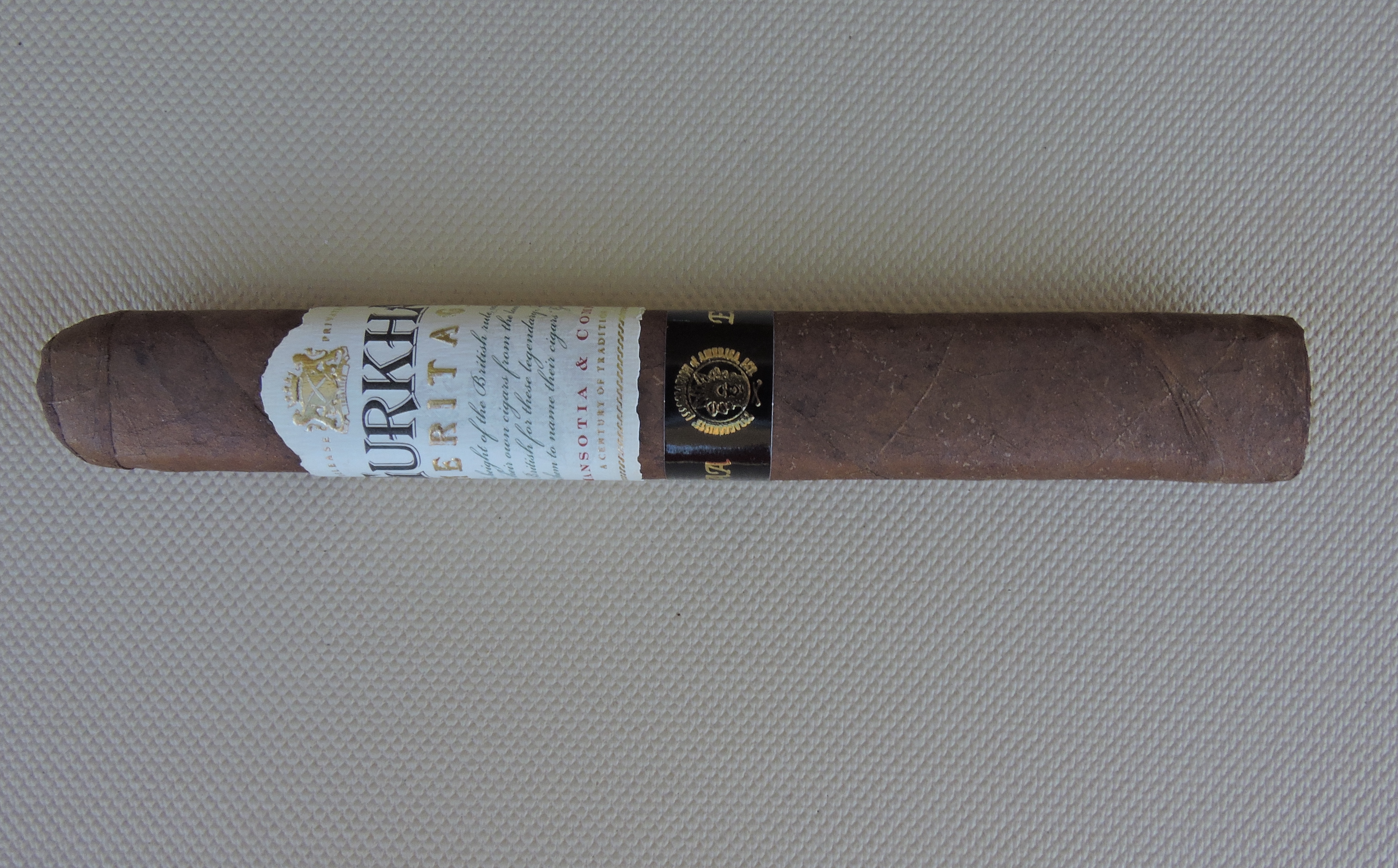 There are two bands on the Gurkha Heritage Rosado Toro. The primary band is a parchment styled band similar to the one found on the regular production Gurkha Heritage releases.  Prominently displayed on the upper portion of the band is the text “GURKHA” in the company’s signature font. Above that text is a gold coat of arms. To the left of the coat of arms is the text “LIMITED RELEASE” with gold trim further left. To the right is the text “PRIVATE COLLECTION” with gold trim further right. To the left and right of the “GURKHA” text is the text “ESTABLISHED” (in a small curved font) and “1887” just below it in red font. Below the “GURKHA” text is “HERITAGE” in a classic gold font.

The lower part of the band has the text (in small green cursive italic font):

In 1887, at the height of the British rule, colonial soldiers began to make their own cigars from the local tobacco. The fondness of the British for these legendary Nepalese fighters inspired them to name their cigars ”Gurkhas.”

Just below that is the text K. HANSOTIA & COMPANY” in red font with the text “A CENTURY OF TRADITION” just below it in small gold font. There is also gold trim at the bottom of the bend.

The secondary band rests just below the primary band. It is black with gold font. The center of the band has the TAA logo. The left and right side of this band have the “TAA” and “EXCLUSIVE” respectively.

The cigar is finished with a cedar sleeve that goes just below the bottom of the secondary band to the foot of the cigar. There is a black ribbon around the sleeve by the footer.

After removing the cedar sleeve and ribbon from the Gurkha Heritage Rosado Toro, a straight cut was placed into the cigar to remove the cap. From that point, it was on to the pre-light draw phase. The cold draw delivered a mix of sweet chocolate and cedar notes. While it was a simple flavor profile, this pre-light draw was still excellent. At this point, it was time to light up the Gurkha Heritage Rosado Toro and see what the smoking experience would deliver.

The start of the Gurkha Heritage Rosado Toro delivered a mix of cedar, chocolate, and earth notes. During the early stages of the smoking experience the cedar notes became primary with the chocolate and earth secondary. It didn’t take long for some black pepper notes to also emerge in the background. The black pepper along with the cedar was also prominent on the retro-hale.

Later in the first third, the chocolate notes built up and intensity and going into the second third became the primary flavor. Meanwhile, the pepper notes were probably the most noticeable of the secondary notes. The cedar notes slowly diminished during this phase right up until the midway point. In the more distant background, there were also some earth notes still present.

Later in the second third, the cedar picked back up again and by the last third, it rejoined the chocolate notes in the forefront. The pepper notes remained secondary and the earth notes remained in the more distant background. This is the way the Gurkha Heritage Rosado Toro came to a close. The resulting nub was soft to the touch, but cool in temperature.

In terms of the burn of the Gurkha Heritage Rosado Toro, I found things to be low maintenance during the first third. While there was a little jaggedness on the burn line, this was easily remedied with a touch-up. However on each sample, the burn seemed to require some more attention once it entered the second third. While the burn was never in danger of getting completely off-track, it did require more frequent touch-ups by this point.

The resulting ash had several shades of gray. While it wasn’t an overly firm ash, it was not a loose nor flaky one either. Meanwhile, the burn rate and burn temperature were both ideal. 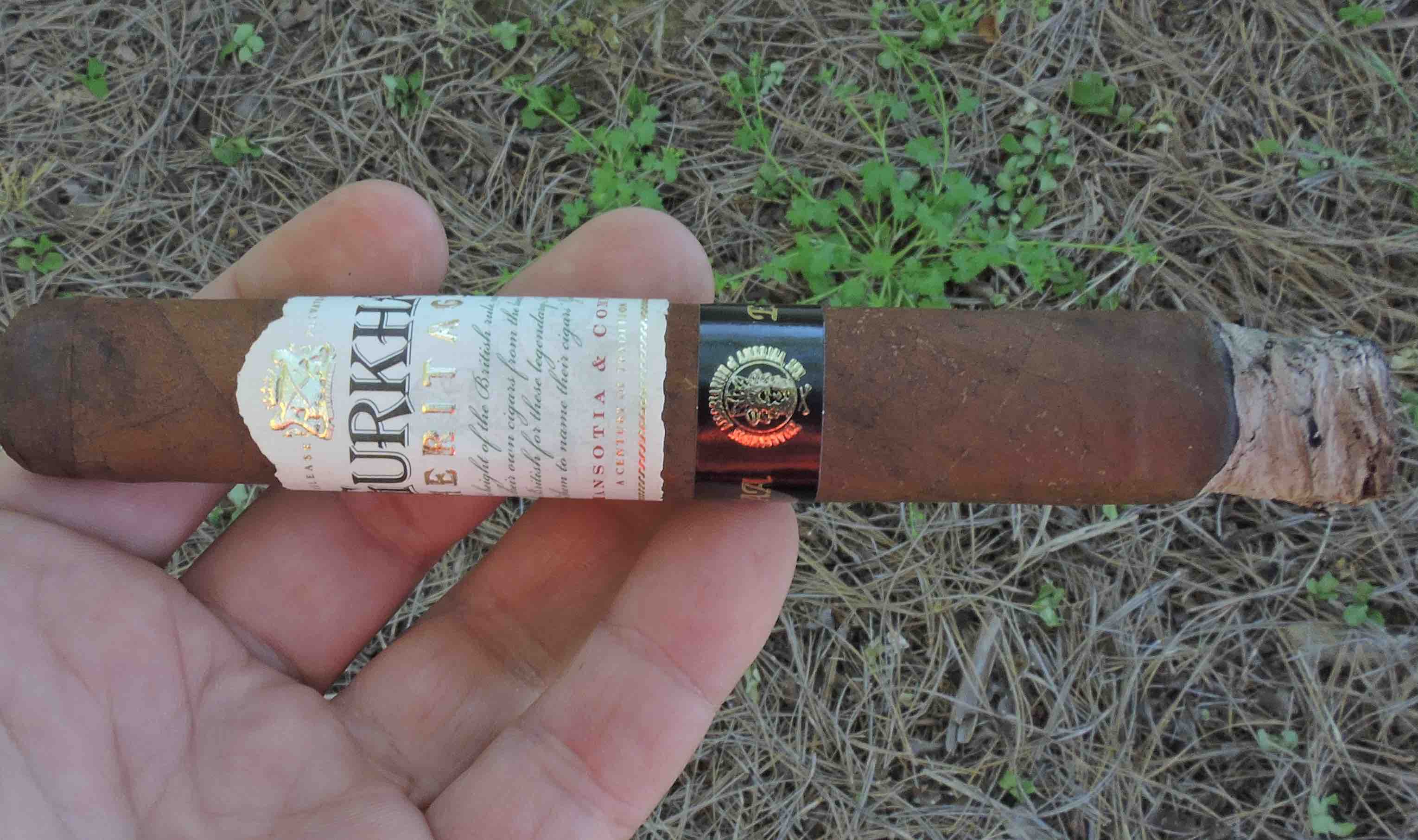 The Gurkha Heritage Rosado Toro is another example of a box-press draw done right. It had the ideal balance of resistance and openness that made for an enjoyable experience. Concurrently, this was also a low maintenance cigar to derive flavor from.

In terms of strength, the Gurkha Heritage Rosado Toro started more dialed back as it fell into the mild to medium range of the spectrum. There is a slow, linear progression of the intensity level of the strength and by the second half, the cigar was in medium territory. While there still was some increase in strength in the second half, the Gurkha Heritage Rosado Toro remained medium until the end.

The body took a similar path. The Gurkha Heritage Rosado Toro delivered medium-bodied notes at the beginning. Like the strength, the body took a slow, linear increase in intensity and it was just past the 3/5 point where the flavors progressed into medium to full range. While the body continued to increase, the Gurkha Heritage Rosado Toro remained medium to full until the end.

When looking at the strength versus both with the Gurkha Heritage Rosado Toro, the body had the edge throughout the smoking experience.

Overall, the Gurkha Heritage Rosado Toro is a cigar that delivered nice flavor. However there were points (particularly early and late) in the cigar experience where it was a little more cedar-heavy than I prefer. I also was looking for a little more complexity. In the end, I still felt there were more positives than negatives. It’s a cigar I could still recommend to the novice or experienced cigar enthusiast.  While this cigar is still one I’d purchase and smoke, it’s another example of a TAA cigar that falls short in terms of “knocking it out of the park” and being part of an elite cigar collection.