The Prime Time Awards are voted on by members of the Cigar Coop team. The awards look at the impact on the cigar industry. Today, we unveil our choice for 2021 Small/Medium Factory of the Year. This award factors things such as innovation, continued quality, and impact to the industry. 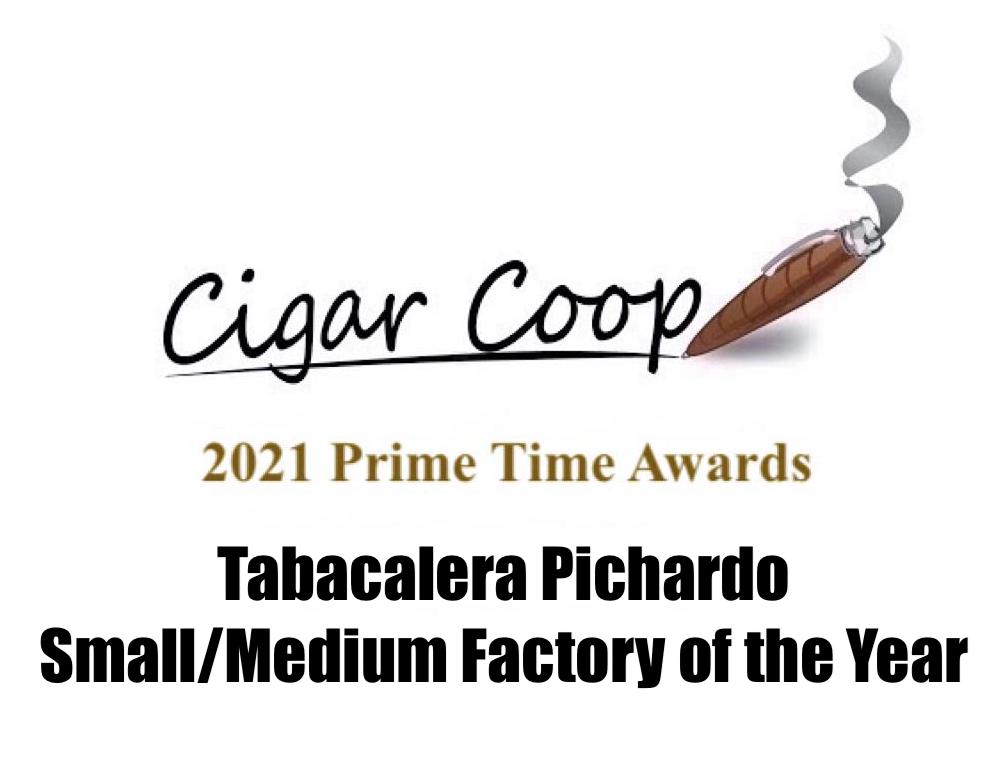 Tabacalera Pichardo, the factory co-owned by Don Eradio Pichardo and Luciano Meirelles in Estelí, Nicaragua, is the winner of the 2021 Small/Medium Factory of the Year Award. It is the first time the factory has captured this Prime Time Award.

2021 was a stellar year innovation-wise for the factory. The factory would roll out several cigars for ACE Prime including Fiat Lux, The Sergeant, Pichard Clasico Natural, and expand production of the Luciano The Dreamer line into regular production. Meanwhile Crowned Heads saw several releases from the factory, most notably CHC Serie E,  Le Pâtissier , The Lost Angel, and line extensions to the popular Mil Días line. The company has also taken on new brands and have worked to mentor them, most notably ATL Cigars’ Magic. In particular, The Sergeant and Le Pâtissier were offered as Premium Cigar Association (PCA) exclusives while The Lost Angel was made available to the Tobacconist Association of America (TAA).

We also noted the consistency and quality of releases from the factory throughout 2021.

Tabacalera Pichardo appeared on all five ballots of the panel receiving 20 of a maximum of 25 points.