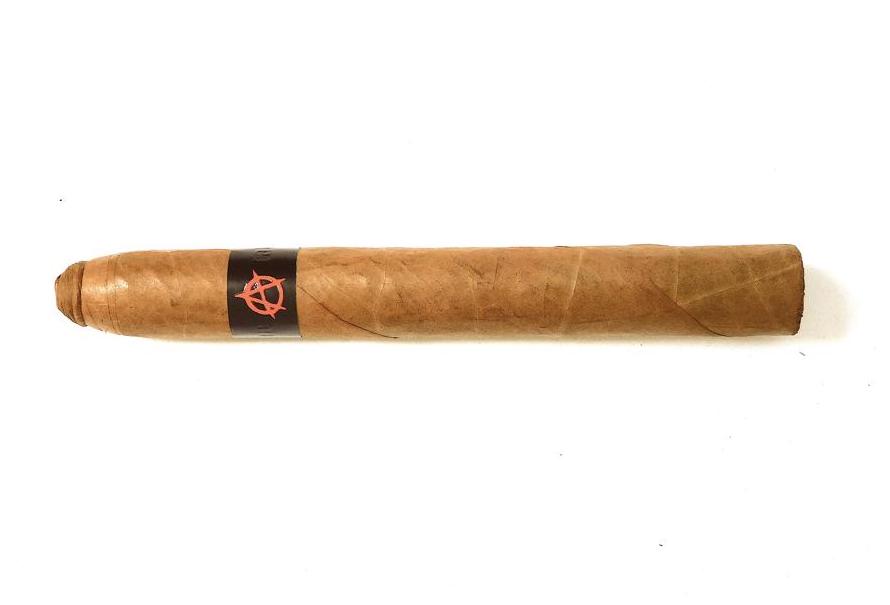 The Smoke Inn Microblend Series concept involves Smoke Inn teaming up with some leading brands and manufacturers in the cigar industry to produce a small batch limited run exclusive to its shops. The series was launched late in 2010 to commemorate Smoke Inn’s 15 years in business. It was originally planned to be a four-cigar series, but since then has remained a series of ongoing shop exclusives. Originally Smoke Inn had planned this to be a “one and done” series for each release, but that has now changed.

For completeness, we list all of the blends here. Smoke Inn officially lists the count of 15 releases, but if you don’t count the re-releases and count the two blends released with Padrón, it’s actually 16.

As mentioned the Tatuaje Anarchy Kaos Pale Horse uses an Ecuadorian Connecticut Shade wrapper. It also uses Nicaraguan binder and filler. Production is handled out of the My Father Cigars factory in Estelí, Nicaragua

The vitola measures 6 1/4 x 49 and is finished with a 109-style head and the signature Tatuaje Anarchy pigtail cap. This is the same vitola as the original Tatuaje Anarchy Kaos.

The Ecuadorian Connecticut Shade wrapper of the Tatuaje Anarchy Kaos Pale Horse was a couple of shades darker than typical Connecticut Shade wrapper. There was a very light sheen of oil on the surface. This was a wrapper that was slightly bumpy. There were some visible veins and any wrapper seams were well hidden. The “109” style cap is one that tapers to a small flat-headed cap. What is unique about this cap is that it features a cinnamon bun style swirl-cap on it.

One thing about the bands that were in the sampler that was given out at the Red Meat Lovers Club is they were the original bands found on the Tatuaje Anarchy – this included the Kaos and Kaos Pale Horse cigars. This band was black with a red anarchy log on it. To the left and right of the logo the name “Tatuaje” was etched in a gothic style font.

The way I approached removing the cap of the Tatuaje Anarchy Kaos Pale Horse was to make a precise cut that essentially removed the cinnamon bun cap. This was the same approach I took when I smoked the original Tatuaje Anarchy Kaos. This easily allowed me to take advantage of the tapered head to the cigar. Once the cap was removed it was on to the pre-light draw experience. The dry draw delivered a mix of cream, earth, and cedar. This wasn’t the most exciting pre-light draw, but since it is not scored, there is no loss in the merit score or value rating.  At this point, it was time to light up the Pale Horse and see what the smoking experience would deliver.

During the last third of the Pale Horse, there wasn’t much change. The wood and cedar remained the primary notes. There still were touches of cream and black pepper in the background. This is the way the Tatuaje Anarchy Kaos came to a close. The resulting nub was soft to the touch and cool in temperature.

Construction-Wise, the Tatuaje Anarchy Pale Horse was excellent – and this was reflected on the performance of the burn. The Pale Horse maintained a straight burn line and straight burn path from start to finish. The resulting ash had a silver-gray color with some dark streaks mixed in. This was an ash that was not the firmer side. As for the burn rate and burn temperature, both were ideal. 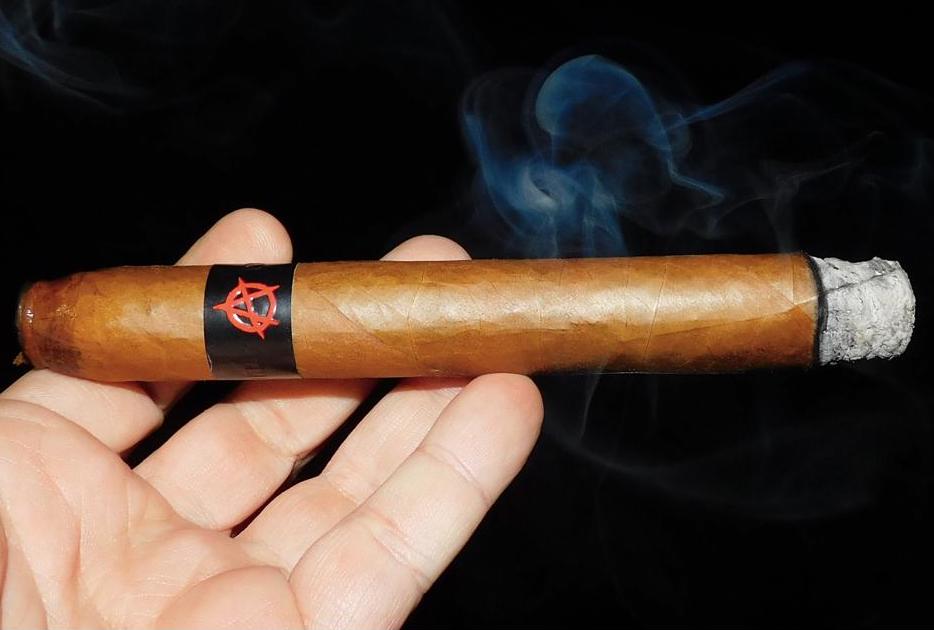 The draw of the Tatuaje Anarchy Kaos Pale Horse also performed quite well. This was a cigar that had a touch of resistance to it – which is something that I like. For a Connecticut Shade, the Pale Horse also produced an ample amount of smoke.

In terms of strength versus body, the body maintained an edge from start to finish.

I’ll get right to the point, while I loved the idea of taking the Anarchy Kaos into a Connecticut Shade, I’m just not sure it worked out. The Tatuaje Anarchy Kaos wasn’t a bad cigar, but it simply lacked any wow factor. I was waiting for this cigar to just do something special – and it just never happened. Plus when I look at this cigar compared to Tatuaje’s Cabaiguan line, the Cabaiguan wins every time. It’s hard to put a value rating on this cigar because there was no price on this cigar. Still, the Pale Horse is a cigar worth trying – especially if it is part of the same event sampler that contains two of the original Anarchy Kaos cigars.