Agile Cigar Reviews are cigar assessments where we use a lightweight, shorter format. These will never take the place of our comprehensive reviews. They are only used on blends we have previously assessed. This might be a blend we are re-scoring or giving a score for the first time. It might be a blend we are looking at in a different size. Today we look at the Joya de Nicaragua Cinco Décadas Fundador. This is a cigar we previously assessed back in June 2016. 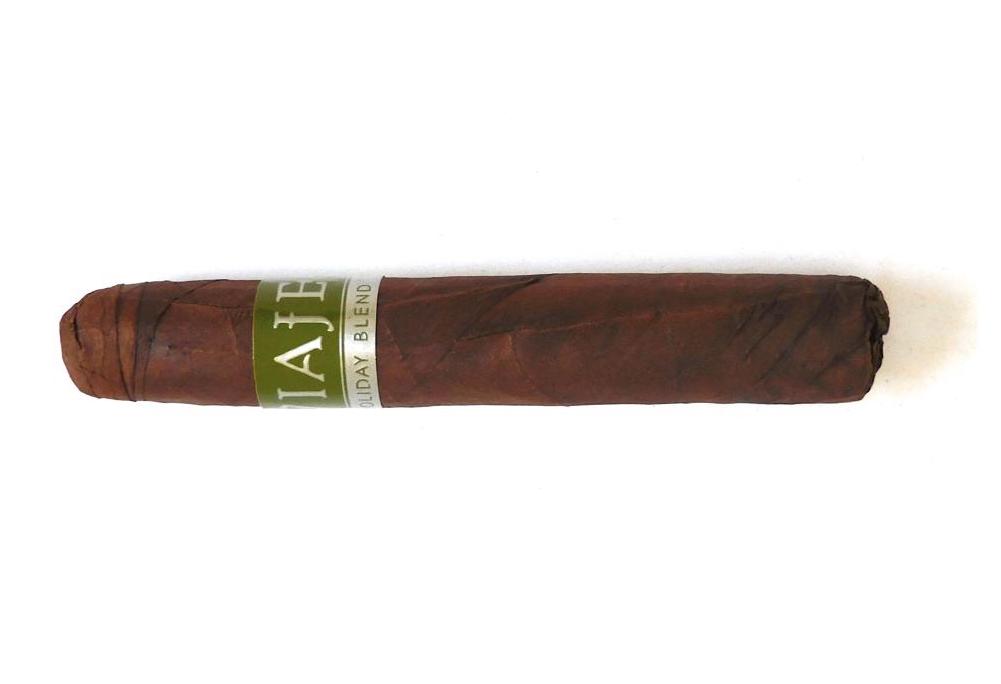 The Holiday Blend 2019 delivered a foundation of coffee, cocoa, earth, lemon-citrus, and mixed pepper. Throughout most of the smoking experience, cocoa and coffee notes were the most dominant. Sometimes coffee and cocoa notes form a strong fusion (which I dub mocha), but in this case the notes were separate. Earlier on the citrus notes were more dominant, but as the cigar experienced progressed there was more in the way of pepper spice present.

The flavors delivered were medium to full in body countered by medium strength. Normally my experience with the Holiday Blend was bolder, but the cigars smoked had 11 months aging on them in. Burn-wise, the Holiday Blend 2019 did require several touch-ups along the way. While I normally like a draw with some resistance, there were times this draw was tighter than I prefer.

Over the years, the Holiday Blend has had its ups and downs in terms of how each has performed for me. Many regard the original 2009 release of the Holiday Blend to be one of the best. I had smoked that size and found it to be extremely enjoyable.  My assessment of the 2019 one isn’t going to go down as a memorable or epic experience. It isn’t going to go down as a miss either. In the end the 2019 was simply an average cigar for me – and a release that falls right in the middle of the overall Holiday Blend rankings. It’s a cigar I would lean toward recommending to an experienced cigar enthusiast – and it’s certainly one I wouldn’t discourage a novice for smoking. As for myself, I would certainly buy another and smoke it again.