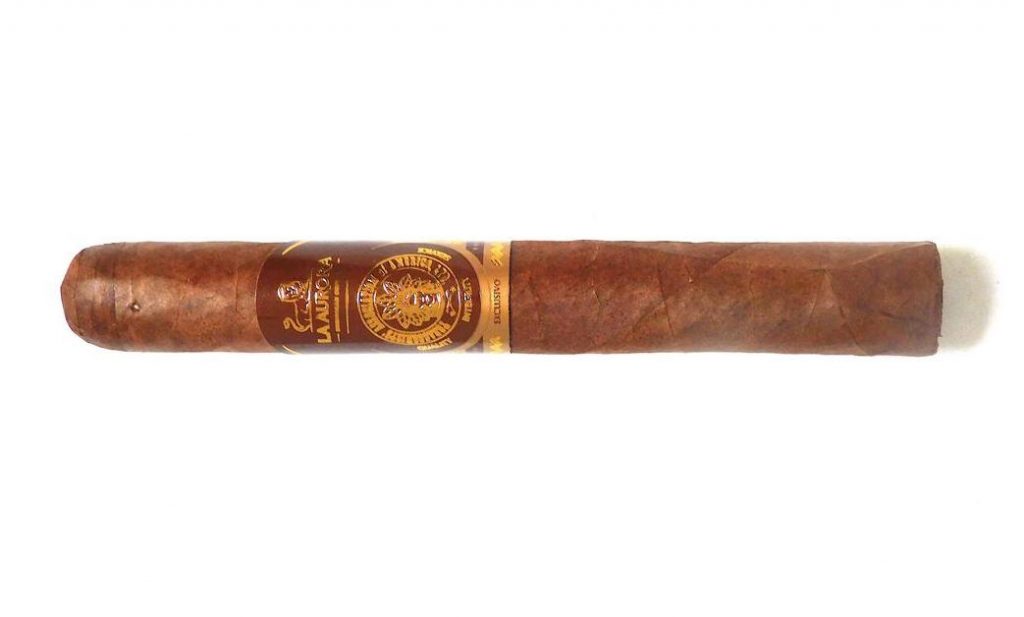 Without further ado, let’s break down the La Aurora TAA Exclusivo and see what this cigar brings to the table.

The La Aurora TAA Exclusivo is available in one size – a 6 x 50 Toro. The cigars are presented in ten-count boxes with a total allocation of 500 boxes made available to TAA retailers. 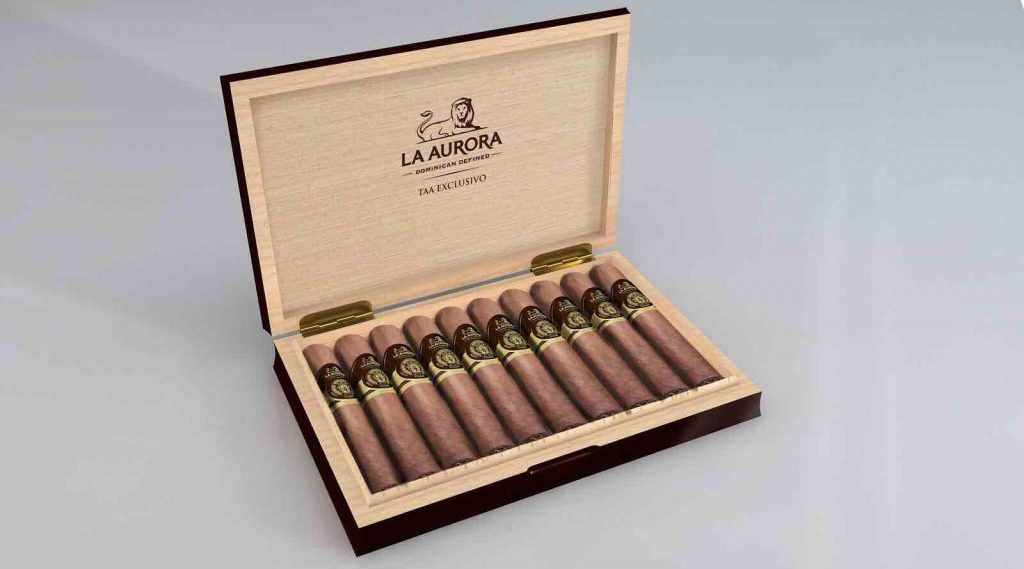 The bands of the La Aurora TAA Exclusivos are brown with gold font and adornments. At the top center of the band is the La Aurora logo with a lion. Just below that logo is the TAA Indianhead logo. On the upper portion of the band to the left and right are images of the outside of the La Aurora factory. To the left and right of the Indianhead logo are gold medallion designs. To the far right of the medallions is the text “EDICION LIMITADA” in white font. The lower left and lower right of the band has the TAA logo “QUALITY INTEGRITY SERVICE” in a ticker-tape fashion. Just below that is the text “COLECCION CONMEMORATIVA” on the left side and “HECHO A MANO TAA” on the right side. On the gold trim on the lower part of the band is the text “EXCLUSIVO” in a dark
font.

Prior to lighting the La Aurora TAA Exclusivo, a straight cut was used to remove the cap. Once the cap was removed, it was on to the pre-light draw experience. The cold draw delivered notes of wood, natural tobacco, and floral notes. This was a pre-light draw flavor profile that didn’t exactly have me doing cartwheels or handstands. At this point, it was time to light up the La Aurora TAA Exclusivo and see what the smoking phase would have in store.

During the second third of the La Aurora TAA Exclusivo, bread notes surfaced joining the natural tobacco. The background notes remained the same with the pepper, lemon, wood, and mineral notes holding in the background.

The final third didn’t see a radical change. The bread and natural tobacco notes remained the primary notes. The red pepper notes increased somewhat in intensity having a slight edge over the lemon, wood, and mineral notes, but still were in a secondary role. This is the way the La Aurora TAA Exclusivo came to a close. The resulting nub was firm to the touch and cool in temperature.

Each of the  La Aurora TAA Exclusivo cigars that were assessed for review started out with a straight burn line and took a straight burn path. As the cigar progressed into the second and final thirds, there was more in the way of touch-ups needed to maintain the straight burn line and path. The resulting ash had a salt and pepper color. This ash wasn’t a firm ash, but it wasn’t loose or flakey. The burn rate and burn temperature were both ideal. 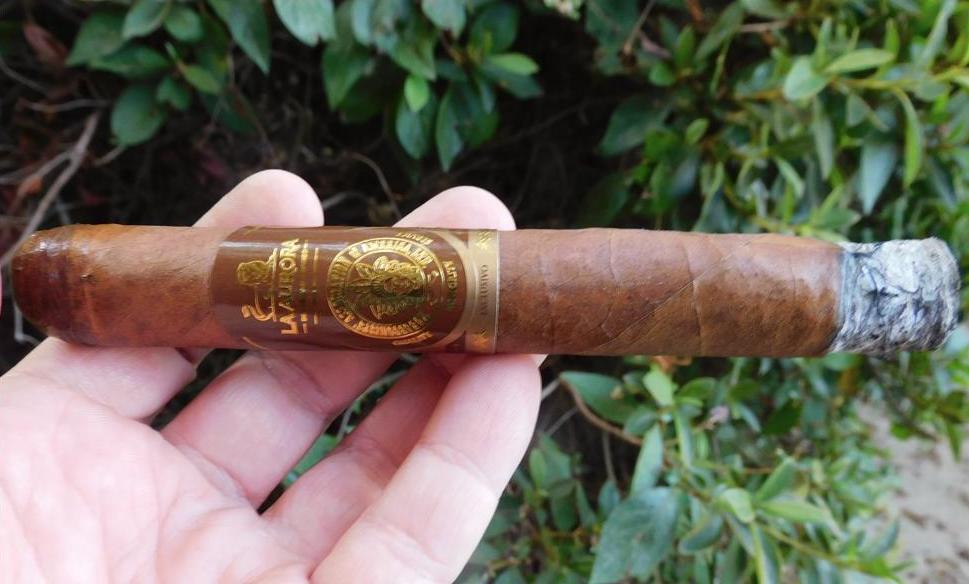 The draw to the La Aurora TAA Exclusivo was excellent. It had a touch of resistance – which is something that I like. Concurrently, this was not a difficult cigar to derive flavor from.

In terms of strength and body, the La Aurora TAA Exclusivo was a medium strength, medium to full-bodied smoke. For the most part, the intensity levels remained constant from the start of the cigar to the completion. When looking at strength versus body, the body maintained the edge throughout the entire smoking experience.

One note that doesn’t factor into the review is the band design. I liked the gold on brown design of this band, but I have seen several other sites assessing this cigar criticize the design. To me the colors worked and contrasted nicely with the cigar.

As for the La Aurora TAA Exclusivo, the flavors were unbalanced and just never came together on this cigar. There is no better way to explain this other than I didn’t feel it performed strongly in the most important category – flavor. In fairness, this cigar may appeal to some people, so I would advise trying a sample if possible before buying.