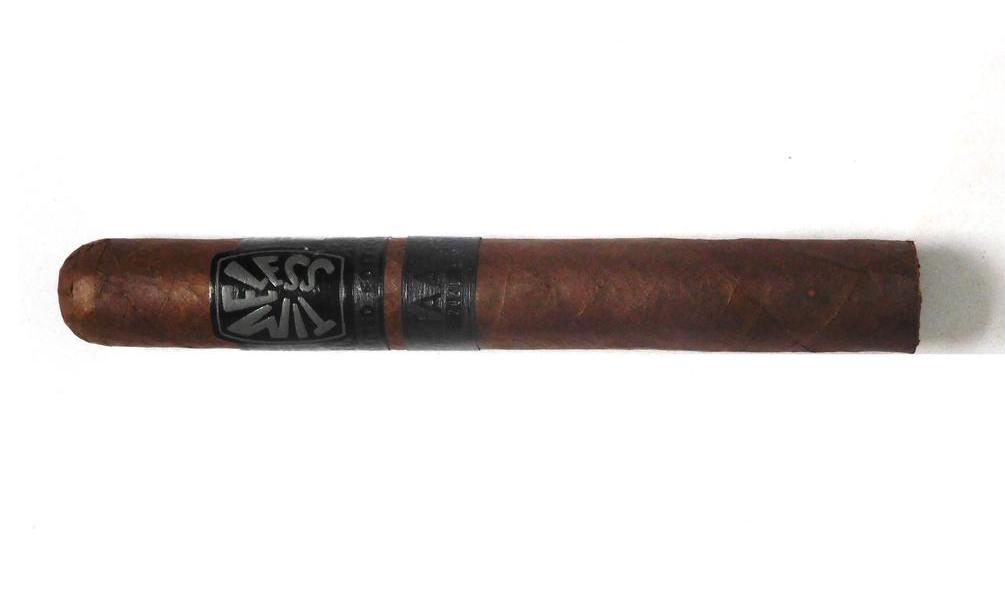 The Timeless is the third cigar released by Nat Sherman International for the TAA.

Without further ado, let’s break down the Timeless TAA 2020 and see what this cigar brings to the table.

The Timeless TAA 2020 is a 100% Nicaraguan puro. Production for the cigar comes from the Plasencia factory in Estelí, Nicaragua.

The Timeless TAA 2020 was produced in one size -a 6 x 50 Toro. The cigars are presented in ten-count mazos with a total production of 650 mazos.

Perhaps one interesting footnote that hasn’t been mentioned anywhere. At the time the Timeless TAA 2020 was released, the secondary gold ring that said “EXCLUSIVELY FOR Nat Sherman Intl” did not adorn this cigar. I believe this was the only time since the 2018 rebranding that a Nat Sherman cigar did not have this ring on it. Altria was shopping the brand at the time of the release of the Timeless TAA 2020, so it is possible this was deliberate.

A straight cut was used to remove the cap of the Timeless TAA 2020. Once the cap was removed, it was on to the pre-light draw. The cold draw delivered a mix of wood, earth, and natural tobacco. Overall the cigar delivered a straightforward but satisfying pre-light draw. At this point it was time to light up the Timeless TAA 2020 and see what the smoking experience would have in store.

The Timeless TAA 2020 opened up with notes of natural tobacco, citrus, earth, black pepper, and baker’s spice. Early on the natural tobacco notes moved into the forefront. The citrus was the most prominent of the secondary notes and imparted enough sweetness to give the overall flavor profile some zestiness. The earth pepper and baker’s spice rounded out things in the background. On the retro-hale, there was a layer of black pepper and some of the zesty citrus notes.

The second third of the Timeless TAA 2020 saw the natural tobacco notes remain grounded in the forefront. The citrus notes and the associated zestiness diminished while there was an increase in the earth notes. Around the midway point the black pepper notes started to increase in intensity.

By the last third, the natural tobacco notes continued to be grounded in the forefront. The earth and black pepper notes were now more prominent as secondary notes with the citrus and baker’s spice in the more distant background. The citrus notes had lost their sweetness and imparted a slight sour note. This is the way the Timeless TAA 2020 performed until the closing puffs. The resulting nub was slight soft to the touch and cool in temperature. 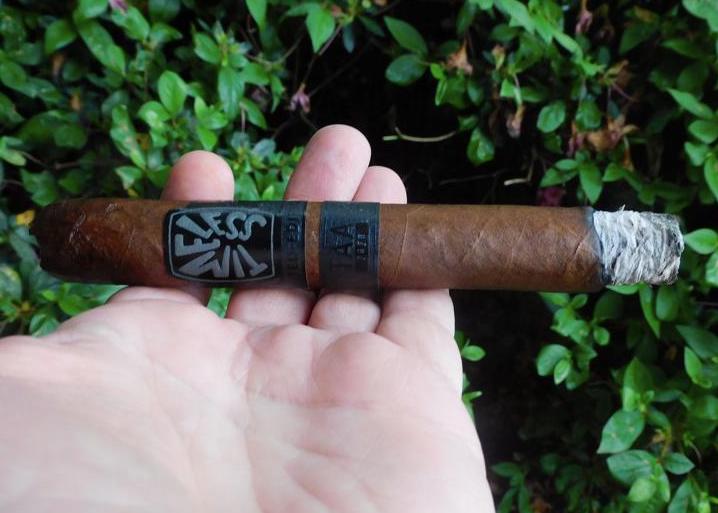 The draw to the Timeless TAA 2020 had a touch of resistance to it – placing in an ideal range for a draw in my book. The cigar also produced an ample amount of smoke.

The Timeless TAA 2020 started out as a medium cigar in terms of strength and body. Along the way, there wasn’t much increase in strength, but the intensity of the flavors did increase. As a result the Timeless TAA 2020 moved into medium to full-bodied territory by the second half while the strength remained medium.

When looking at strength versus body, the body maintained an edge – particularly in the second half.

One thought I do need to mention here since I’ve mentioned this elsewhere. I simply am not a fan of dark paper mazos – and especially when it comes to TAA cigars. I understand all of the reasons for paper bundles, but I’m old school when it comes to TAA releases. If these are the best cigars by the best manufacturers for the best retailers, they deserve the best packaging – and that is a wooden box at a minimum. That being said, for a mazo it is one of the better looking ones – and this comment has no effect on the final score or rating.

For a final release, Nat Sherman went out very nicely. This is a cigar that is well constructed and more importantly did well in the category that matters the most – flavor. The flavors were very well balanced and I felt this contributed nicely to my impressions. The good news is that the Timeless brand lives on with Ferio Tego and perhaps someday this blend will return. This is a cigar I’d recommend to any cigar enthusiast. As for myself, this is a cigar I would smoke again and buy multiples of.

Finally, this cigar reaches 90 points which designates this for Cigar Coop Standard of Excellence. Of the five TAA cigars reviewed to this point, this is the first one to earn that designation. It’s a designation I wish more TAA cigars could achieve.