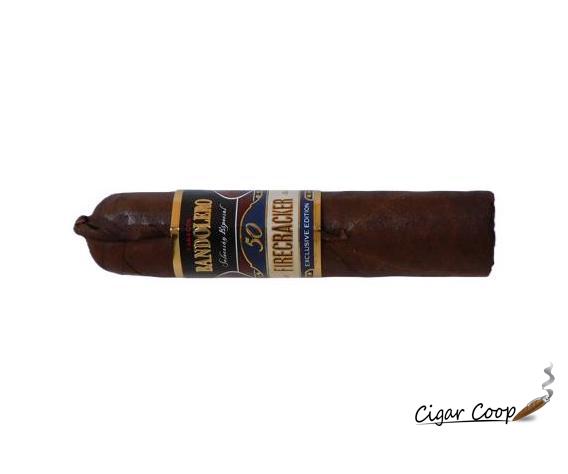 Back in 2007, David Garofalo of Two Guys Smoke Shop was looking to release an Independence Day themed cigar, and turned to Don Pepin Garcia to create a short three-inch robusto with a long fuse and a blend that would have plenty of pop. The cigar took on the name Firecracker. Since then, the Firecracker Series has grown significantly. There are now 13 manufacturers that have produced Firecracker blends, and more recently the Firecracker releases have gone from Two Guys Smoke Shop limited product exclusives to limited production offerings distributed by United Cigar under the “Series Unidas” line. This past year, Selected Tobacco would release a Firecracker offering under the Bandolero brand. Today we take a closer look at the Bandolero Firecracker.

The release of the Bandolero Firecracker brings two successful projects together. First is the Firecracker offering itself, and second is Garofalo’s United Cigars which handles distribution for Selected Tobacco in the U.S. for Bandolero. 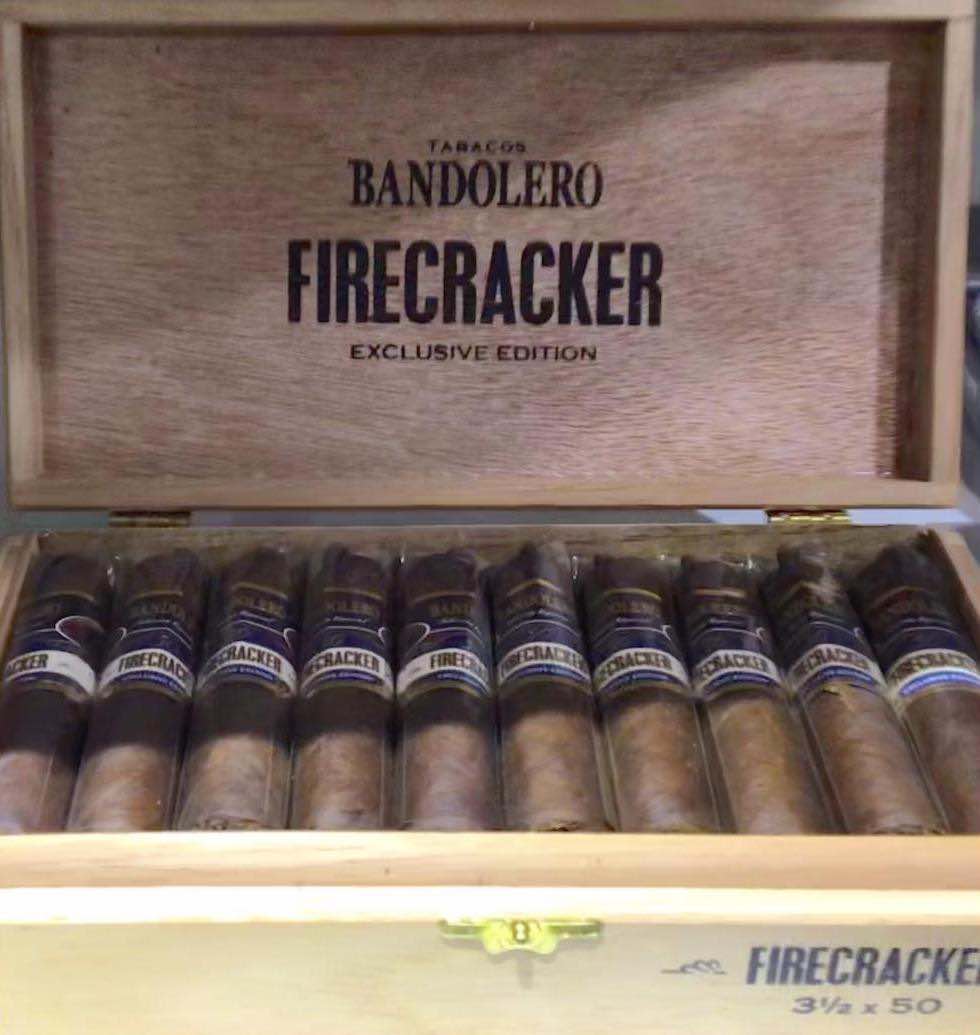 Packaging of the Bandolero Firecracker

The band of the Bandolero Firecracker was specifically created for this release. This band is highlighted by blue, gold, black and white accents. The upper part of the band has a black background with the text “BANDOLERO” in large gold font. Above that text is the text “TABACOS” in small red font. On the lower portion of the band is where most of the blue background is. There is a gold “50” on that blue background indicating the ring gauge. Below that is the text “FIRECRACKER” in gold font on a white background. Toward the lower part of the band is the text “EXCLUSIVE EDITION” in white font on a blue panel. The far left and far right of the band form a silver oval design that seems Mayan in nature. There is a ring surrounding the oval with a brown gradient effect on the ring.

As I always do with the Firecracker Cigars, I opted to cut the cap of the Bandolero Firecracker with the fuse still intact. Once the cap was removed, I also slid the fuse out from under the band. It was now on to the pre-light draw ritual. The cold draw delivered notes of dusty earth, cedar, and natural tobacco. Overall this pre-light draw proved to be satisfactory. At this point, it was time to toast up the footer of the Bandolero Firecracker

The Bandolero Firecracker opened up with notes of natural tobacco, earth, cedar, and hay. During the first third the natural tobacco notes became the primary notes. The earth, cedar, and hay settled into the background. There was a nice underlying sweetness to the natural tobacco notes. As the cigar moved through the first third, the cedar notes occasionally crept into the forefront. Meanwhile, the retro-hale delivered a combination of black pepper and sweetness. If you don’t retro-hale on this cigar, you will miss out on a lot.

There was not much change in the final third (given these thirds are quite short in duration). The natural tobacco and cedar were primary. The pepper, earth and hay remained secondary. This is the way the Bandolero Firecracker came to a close. The resulting nub was firm to the touch and cool in temperature.

While there was an occasional bit of jaggedness on the burn line, for the most part, the Bandolero Firecracker was a low-maintenance burn. The cigar maintained a straight burn path. Any touch-ups needed seemed to be more cosmetic. The resulting ash wasn’t overly firm, but wasn’t loose or flakey. This was a near-white ash with some darker gray streaks. The burn temperature maintained an ideal level. This was also a slow-burning cigar and averaged about 68 minutes of smoking time for each vitola. 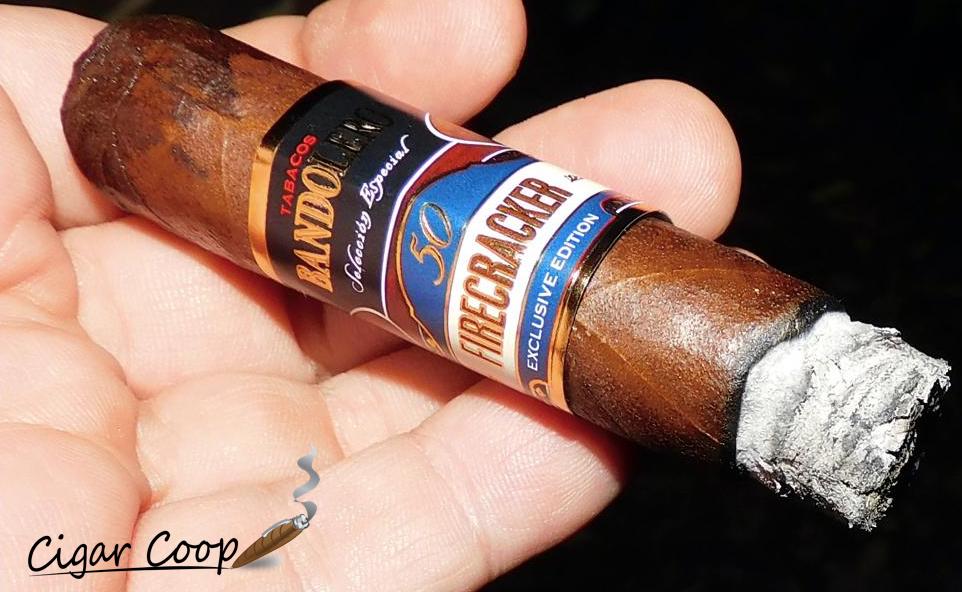 Burn of the Bandolero Firecracker

The draw to the Bandolero Firecracker was ideal. It had a touch of resistance to it – which is something I consider ideal. At the same time, this was a low-maintenance cigar to derive flavor from.

The Firecracker series has been a fun collection of cigars to smoke, but if there is one complaint I have is that they tend to provide too short a smoking experience. The great thing about the Bandolero Firecracker is that it is a slow burner and it will give you a solid hour of smoking time. The flavors delivered are excellent. With a $9.00 price point, this is a great opportunity to get the ultra-premium qualities that Selected Tobacco delivers for under $10.00. This is a cigar I would recommend to any cigar enthusiast. As for myself, this is a cigar I would smoke again and buy multiples to keep in the humidor. Coming in at 90 points, this cigar earns the designation of Cigar Coop Standard of Excellence.