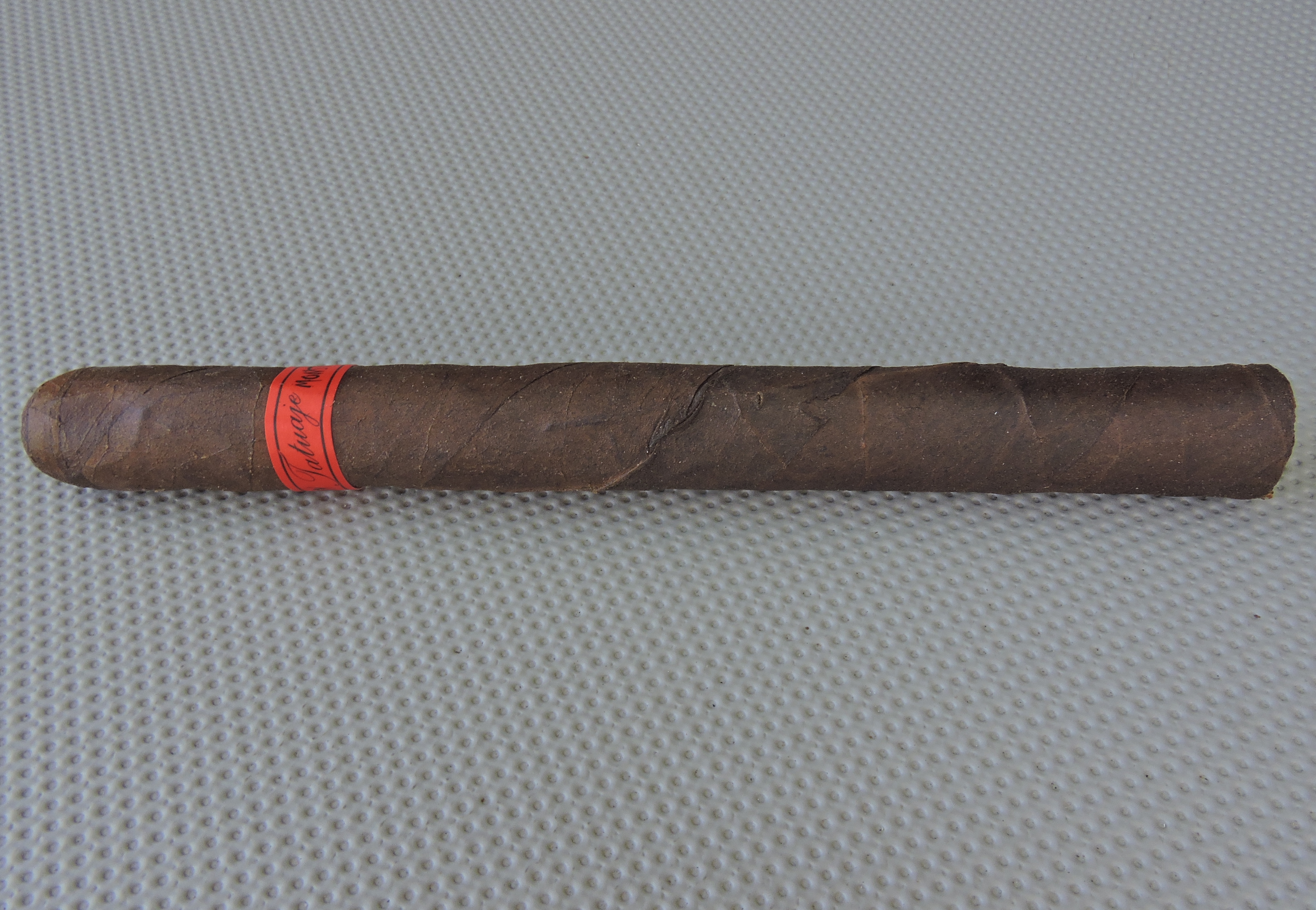 While the Monsters Series remains an annual release, there have been several off-shoot sampler releases, one of which is the Tatuaje Skinny Monsters series.  With the exception of the original Monsters Series, all have been made available in sampler packs. Each of the collections are (or have been) limited in production. Here is some further details:

Without further ado, let’s break down the Tatuaje Skinny Jason and see what this cigar brings to the table.

The original JV13 blend was the second in the Monsters Series to utilize a Connecticut Broadleaf wrapper. The other was the original Tatuaje Monster – The Frank.

As mentioned, in addition to being a part of the Skinny Monsters sampler, the Skinny Jason has also been made available in 25 count boxes:

The Connecticut Broadleaf wrapper of the Tatuaje Skinny Jason has a chocolate brown color Upon closer examination, there is some darker marbling that can be seen on the surface. The wrapper itself has an oily complexion. This is a rugged looking Connecticut Broadleaf wrapper and that gives the cigar some charm. I’d categorize this as a toothy surface with several visible veins as well as several visible wrapper seams.

The band is based on the standard “Tatuaje” scripted logo. The script font is black on an orange / red background. To the left of the “Tatuaje” scripting is the text “SKINNY” in the a gothic style black font. To the right of the scripting” it says “MONSTERS” – also in black font. To the far right is a black Tatuaje “Tattoo” stamp. The band is finished with a black pinstripe across the top and bottom.

Prior to lighting up the Tatuaje Skinny Jason, I went with my usual choice of a straight cut to remove the cap. After successfully clipping the cap, I moved on to the pre-light draw phase. The dry draw provided notes of earth, wood, and cedar. Overall this was not the most exciting pre-light draw, but since the pre-light draw is not scored, there was no loss of points here. At this point, I was ready to light up the Tatuaje Skinny Jason and see what the smoking phase would have in store.

The start of the Tatuaje Skinny Jason continued where the pre-light draw left off as I detected more notes of earth, generic wood, and cedar. The earth and cedar notes became primary during the initial stages. The wood became secondary and I also detected notes of white pepper and a touch of chocolate. Meanwhile the retro-hale produced a layer of black pepper through the nasal passages. This flavor profile continued throughout the first third.

By the last third, there was definitely more spice present as there was a fusion between the white pepper and cedar. The earth notes moved into the background and the chocolate notes were pretty much dissipated. The last stages did have a slight bit of harshness. This is the way the cigar experience came to a close. The resulting nub was firm to the touch and cool in in temperature.

The Tatuaje Skinny Jason scored nicely when it came to burn and draw. Overall the Skinny Jason maintained a straight line. The burn line itself was relatively on the straight side. The resulting ash had a silver gray color. In general, the ash was on the firm side and came off the cigar in clean chunks. Meanwhile both the burn rate and burn temperature were ideal. 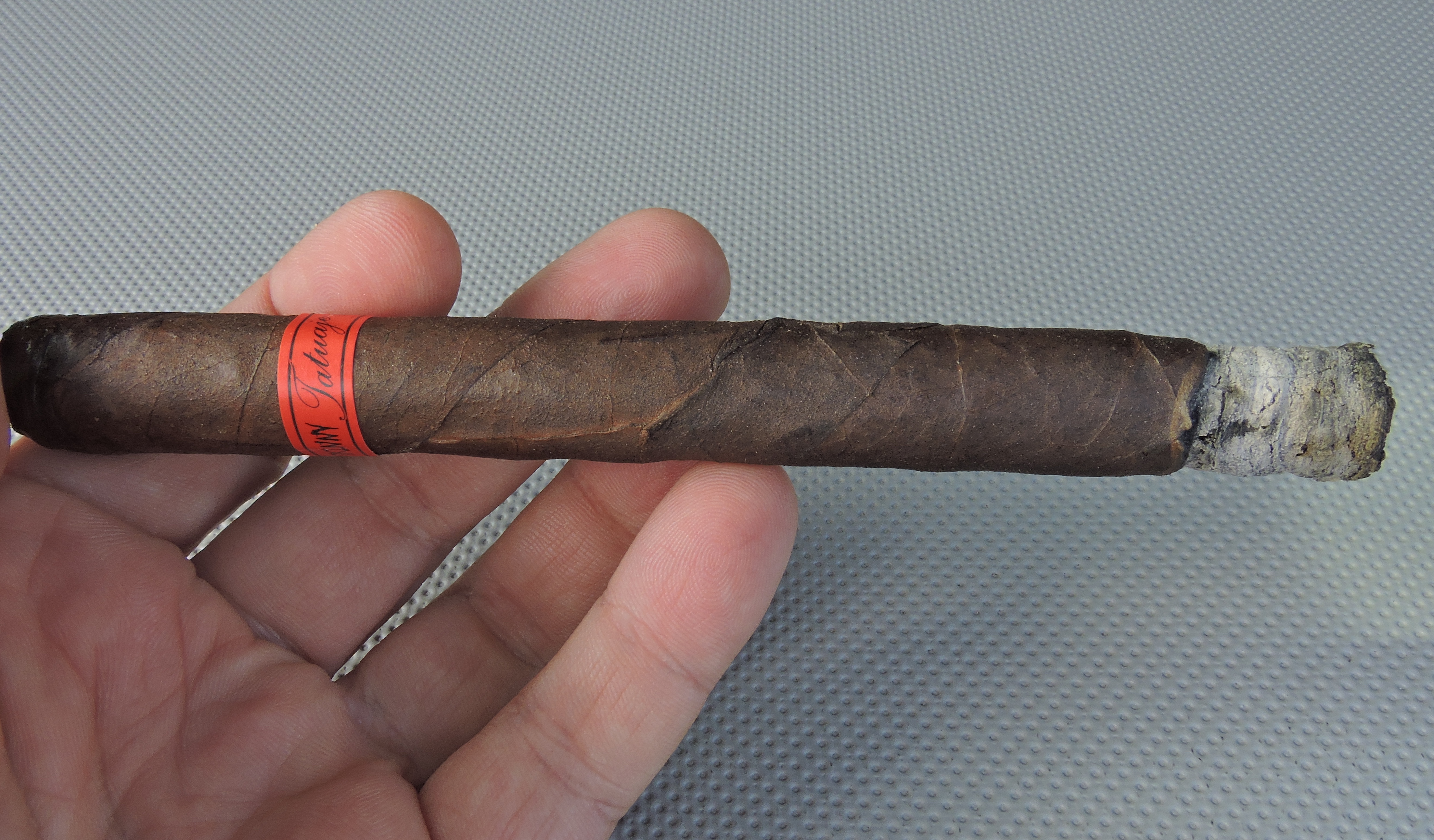 Burn of the Tatuaje Skinny Jason

As for the draw, I found it to have a touch of resistance – which is something I like. This made the Tatuaje Skinny Jason a low maintenance cigar to get flavor from.

For whatever reason, the Tatuaje Skinny Jason seemed to have a little less strength and body than its JV13 and Pudgy Jason siblings. The Skinny Jason started out both medium in strength and body. By the last third, I found both attributes had progressed enough to cross the threshold into medium to full territory. In terms of strength versus body, I found both attributes to balance each other nicely with neither overshadowing the other.

If you like a rough and gritty type of Connecticut Broadleaf cigar, then I would suggest giving the Skinny Monster Jason a try and seeing what you think.