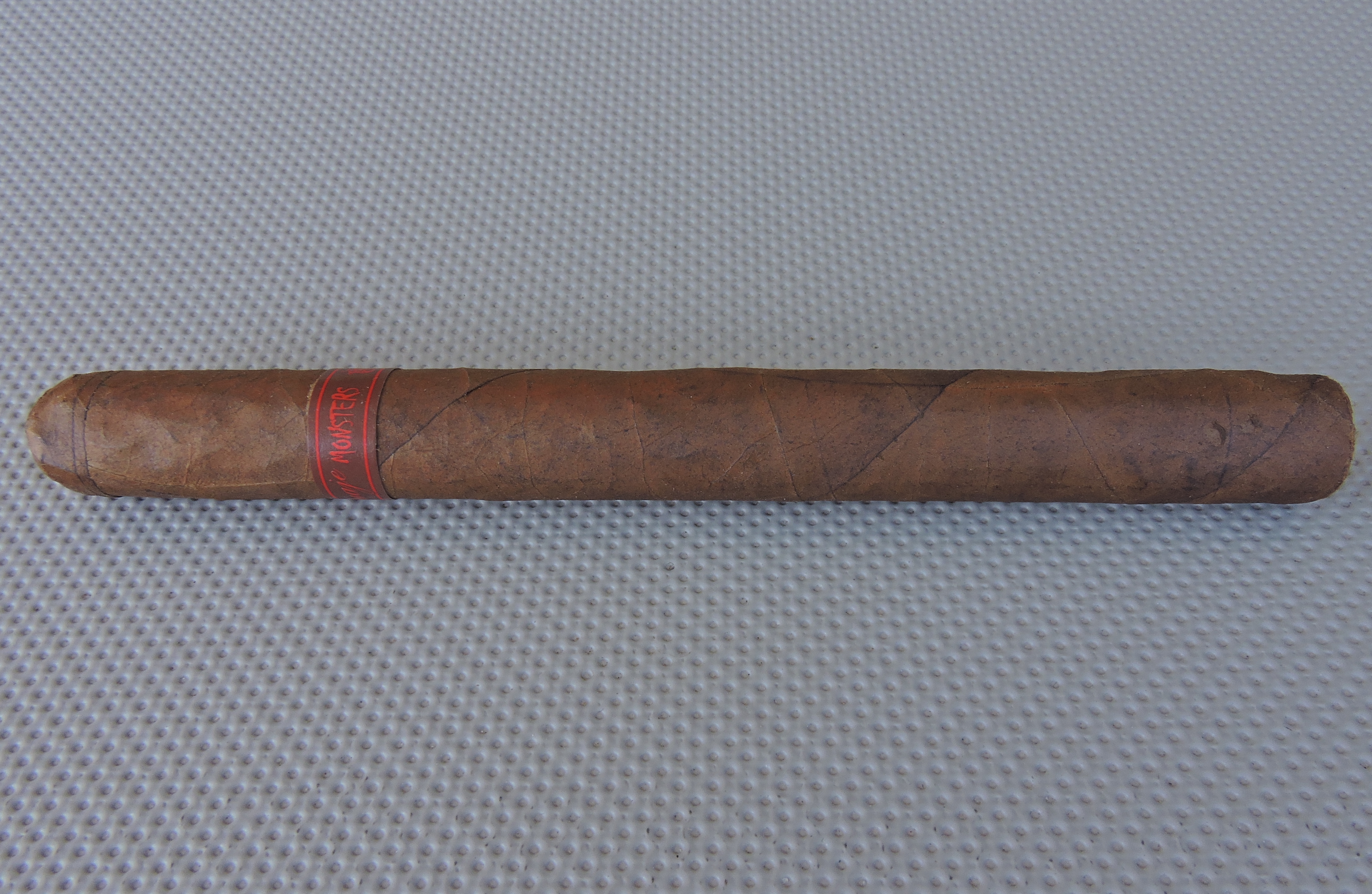 As mentioned, while the Monsters Series remains an annual release, there have been several off-shoot sampler releases, one of which is the Tatuaje Skinny Monsters series.  With the exception of the original Monsters Series, all have been made available in sampler packs. Each of the collections are (or have been) limited in production. Here is some further details:

The Tatuaje Wolf is one of five blends that is included in each of the six Monster series collections. The other four are: Frank, Drac, Face, and Mummy. The recently announced Tatuaje – The Krueger  has only been made available in a full Monster size.

Without further ado, let’s break down the Tatuaje Skinny Wolf and see what this cigar brings to the table.

As mentioned, the blend for the Skinny Wolf is based on the blend of the Tatuaje Wolfman. The Wolfman, along with the Tatuaje Hyde are the only two in the Monster Series and its offshoots to use an Ecuadorian Sumatra wrapper.

With the new Cazadores and Lancero line extensions, it brings the total number of vitolas using the Woflman blend to six.

As mentioned, in addition to being a part of the Skinny Monsters sampler, the Skinny Wolf has also been made available in 25 count boxes:

The Ecuadorian Sumatra wrapper of the Tatuaje Skinny Wolf had a medium to dark brown color. Upon closer examination there was some darker marbling that was present. There was a light coating of oil on the surface along with some visible veins and visible wrapper seams.

The band is also different on the Skinny Wolf when compared to the Wolfman, Wolfie, and Pudgy Wolf. The pewter background found on the bands of the previous three vitolas was replaced by a dark brown, almost black looking background. The band still features orange script font. To the left of the “Tatuaje” scripting is the text “SKINNY” in the a gothic style orange font. To the right of the scripting” it says “MONSTERS” – also in orange font. To the far right is a orange Tatuaje “Tattoo” stamp. The band is finished with a orange pinstripe across the top and bottom.

Prior to lighting up the Tatuaje Skinny Wolf, I went with a straight cut to remove the cap. Once the cap was removed, it was time to commence the pre-light draw. The dry draw delivered a mix of natural tobacco, cedar and a touch of floral. Overall I considered the pre-light draw of this cigar to be satisfactory. At this point I was ready to light up the Tatuaje Skinny Wolf and see what the smoking phase would deliver.

The start to the Tatuaje Skinny Wolf delivered some notes of cedar out of the gate. In the background there was a mix of white pepper, natural tobacco, and orange rind. Meanwhile while I got white pepper on the tongue, I found the retro-hale delivered more in the way of black pepper.

As the Tatuaje Skinny Wolf moved through the first third, the orange rind notes joined the cedar in the forefront. Throughout this stage of the smoking experience, the cedar and orange rind alternated in intensity as to which was the dominant note. Meanwhile the natural tobacco and white pepper notes remained in the background.

By the last third of the Tatuaje Skinny Wolf, the pepper notes had moved into the forefront joining the cedar notes. I still picked up touches of orange rind and natural tobacco in the background. This is the way the Tatuaje Skinny Wolf came to a close. The resulting nub was firm to the touch and cool in temperature.

The Tatuaje Skinny Wolf scored nicely when it came to its burn. The burn maintained both a straight burn path and a straight burn line. I didn’t find this to be a cigar that required an excessive amount of touch-ups. The resulting ash had a silver-gray color to it and skewed toward the firmer side.  Meanwhile the burn rate and burn temperature were both ideal. 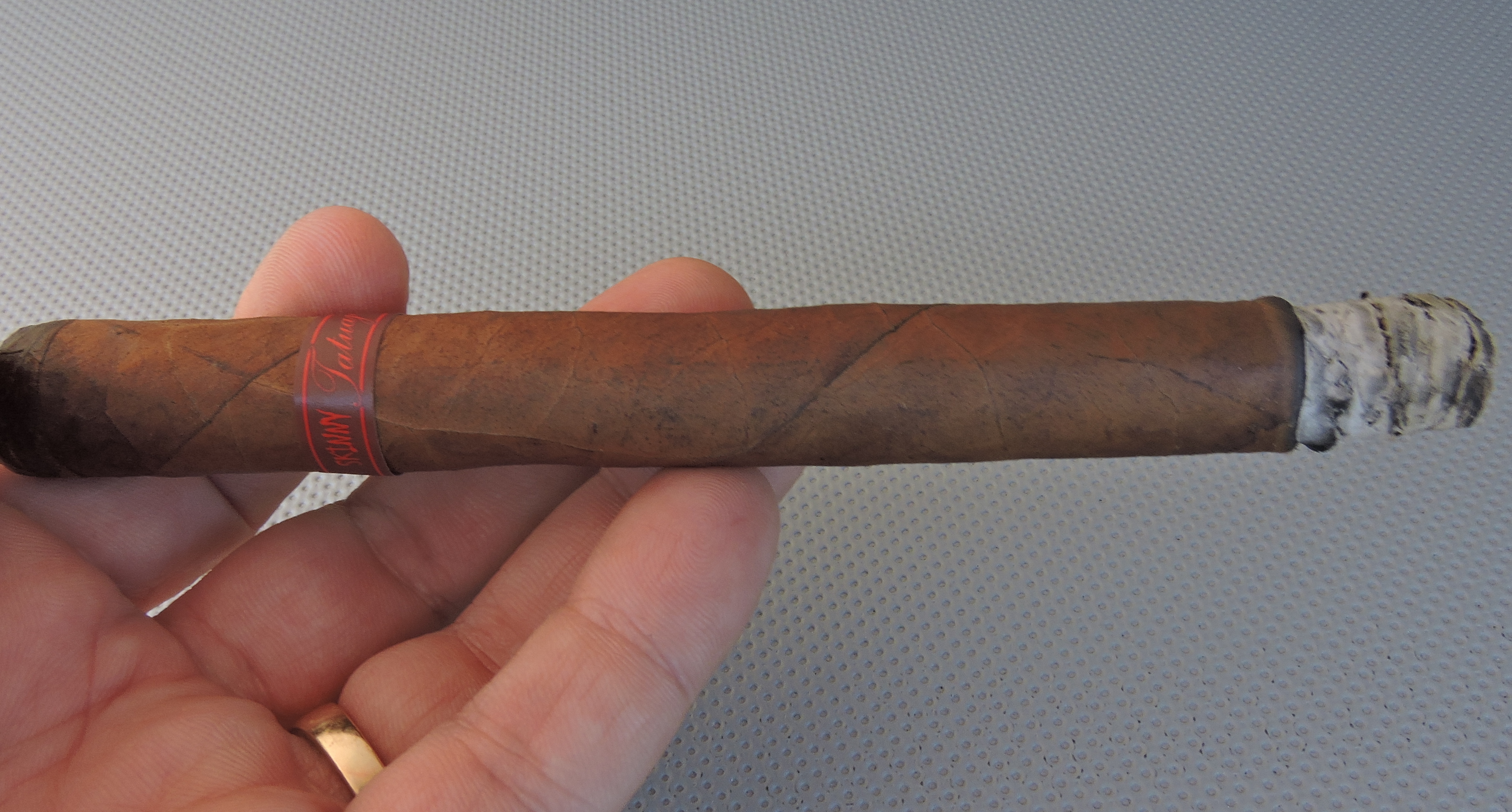 Burn of the Tatuaje Skinny Wolf

The draw to the Tatuaje Skinny Wolf also scored nicely. I found this cigar had the right amount of resistance to it – and it was a low maintenance cigar to derive flavor from.

Much like the Tatuaje Mummy blend, I have also found the Tatuaje Wolfman blend is one that performs well in the various sizes. While I do miss the box-press, shagged foot, figurado format that was a part of the other sizes in the Wolfman blend, I still did appreciate what the Tatuaje Skinny Wolf brought to the table. Of all of the Tatuaje Monster releases, I found the flavors of this blend to best coincide with Halloween season – and the Skinny Wolf is no exception. If you have liked the previous iterations of this Monster blend, you will most likely enjoy the Skinny Wolf. It’s a cigar I’d recommend to an experienced cigar enthusiast or a novice looking to “graduate” to something medium plus. As for myself, this is a cigar I’d smoke again – and it’s worthy of a box split.