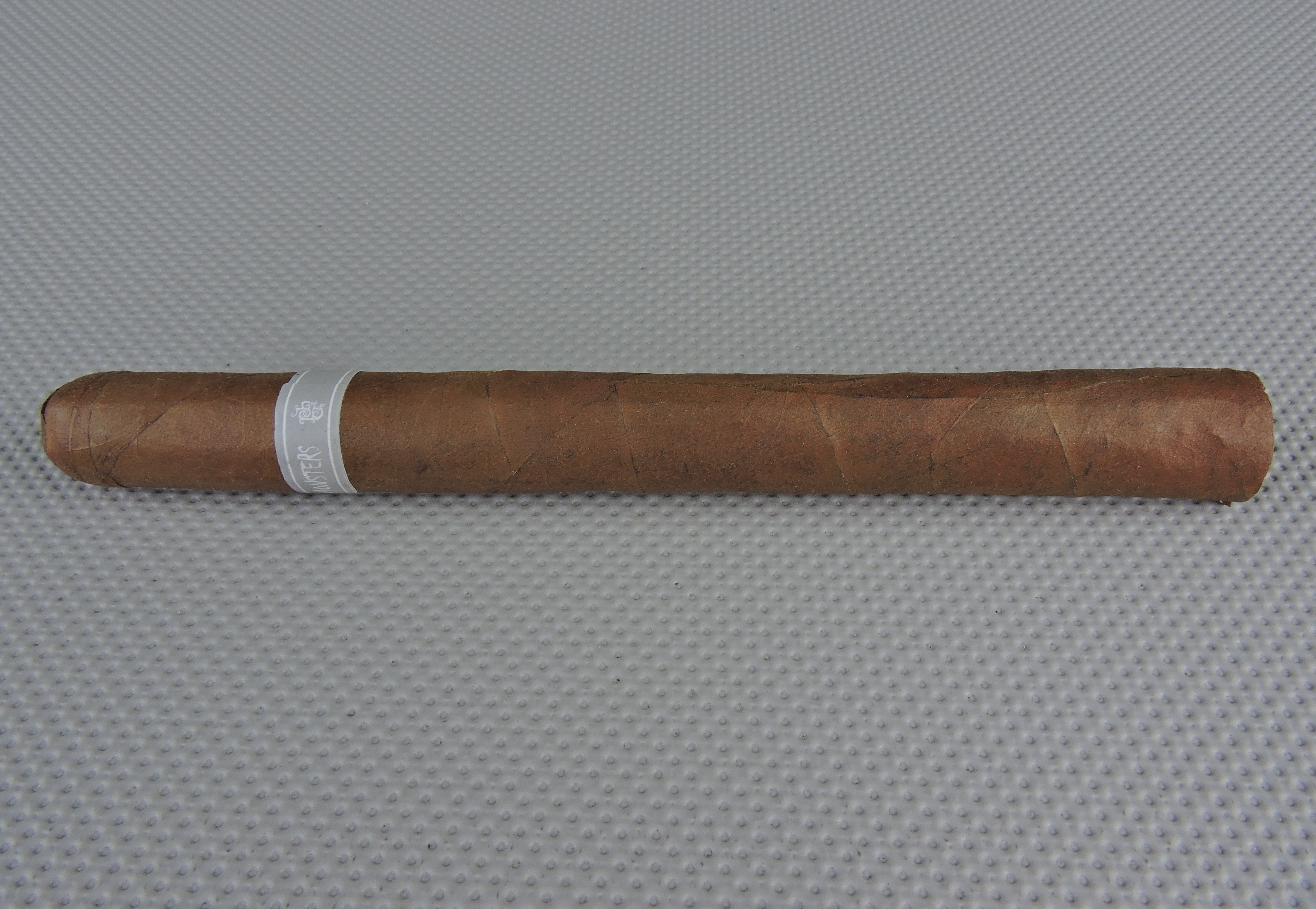 Today we a look at the Tatuaje Skinny Mummy,  one of ten cigars included in the Tatuaje Skinny Monsters collection. Skinny Monsters is a sampler of 6 x 38 petite lanceros based on the first ten Tatuaje Monster Series blends. Since 2008, the Tatuaje Monsters Series has been an annual release right before Halloween. For each installment of the series, a different blend with a different large-size pays homage to a monster / horror movie character. There have been several offshoots consisting of different size variations, by which the Skinny Monsters collection is one of them. It was in 2012 when the Mummy became fifth installment of the Monsters Series. Recently I’ve had an opportunity to smoke the new Tatuaje Skinny Mummy. Overall I have found the Mummy blend to be one of the standout blends in the Monsters portfolio and with the Skinny Mummy, it does not disappoint.

While the Monsters Series remains an annual release, there have been several off-shoot sampler releases, one of which is the Tatuaje Skinny Monsters series.  With the exception of the original Monsters Series, all have been made available in sampler packs. Each of the collections are (or have been) limited in production. Here is some further details:

The Tatuaje Mummy blend is one of five blends that is included in each of the six Monster series editions. The other four are: Frank, Drac, Face, and Wolfman / Wolf. The recently announced Tatuaje – The Krueger  has only been made available in a full Monster size.

Without further ado, let’s break down the Tatuaje Skinny Mummy and see what this cigar brings to the table.

To date, the Mummy blend is the only Nicaraguan puro in the Monsters series.

With the new Cazadores and Lancero line extensions, it brings the total number of vitolas using the Mummy blend to six.

As mentioned, in addition to being a part of the Skinny Monsters sampler, the Skinny Mummy has also been made available in 25 count boxes:

The Tatuaje Skinny Mummy’s Sun Grown Criollo wrapper is medium brown in color with a colorado tint. The wrapper has slight amount of oil on it. There were a couple of veins that were visible. There were also a few wrapper seams that are visible. Unlike the three previously released Mummy blend vitolas, the foot to the Skinny Mummy is NOT covered.

The band is based on the standard “Tatuaje” scripted logo.  This features white script font on a gray background. To the left of the “Tatuaje” scripting is the text “SKINNY” in the a gothic style white font. To the right of the scripting” it says “MONSTERS” – also in white font. To the far right is a white Tatuaje “Tattoo” stamp. The band is finished with a white pinstripe across the top and bottom.

As I normally do, I opted for a straight cut to remove the cap of the Tatuaje Skinny Mummy. Once the cap was clipped, I moved on to the pre-light draw phase. The dry draw provided a mix of cedar, cinnamon, and mixed fruit. Overall I considered this to be an excellent pre-light draw. At this point I was ready to light up the Skinny Mummy and see what the cigar experience would have in store.

Once I lit up the Tatuaje Skinny Mummy, the flavor profile picked up where the pre-light draw left off. I continued to get notes of cedar, cinnamon, and fruit. I also picked up some subtle black pepper notes in the background.  The retro-hale delivered an additional layer of spice that was a combination of red pepper and cedar.

As the Tatuaje Skinny Mummy moved through the first third, the cedar and cinnamon notes were the primary notes with the fruit and pepper secondary. The cedar notes delivered a sweet-spice, but at times demonstrated some classic wood notes. By the middle of the first third, the cinnamon notes also receded into the background. The sweetness of the cigar also dialed back somewhat from the beginning. Finally, a creamy texture to this cigar’s flavor profile also surfaced keeping the Skinny Mummy smooth.

The second third saw the cedar sweet-spice and classic wood notes remain the forefront. The cinnamon notes remained in the background and continued to diminish. Meanwhile the fruit notes still found their way into the forefront from time to time. During the early stages in the second third, a natural tobacco sweetness emerged. Just past the mid-way point of the Skinny Mummy, this sweetness joined the cedar and wood in the forefront. The creamy texture to this cigar still remained.

As the Skinny Mummy moved into the last third there was not much change, the natural tobacco notes and classic wood notes remained in the forefront. The fruit, cinnamon, and pepper notes remained in the more distant background. I also did get less of the creamy texture that was present earlier on. The resulting nub was cool in temperature and slightly soft to the touch.

The Tatuaje Skinny Mummy scored very nicely when it came to its burn. The burn path remained straight from start to finish. This was a cigar that was never in danger of tunneling or canoeing. There was a slight of unevenness on the actual burn line itself, but this didn’t warrant any additional touch-ups. The resulting ash was firm with a salt and pepper color. Both the burn rate and burn temperature were ideal. 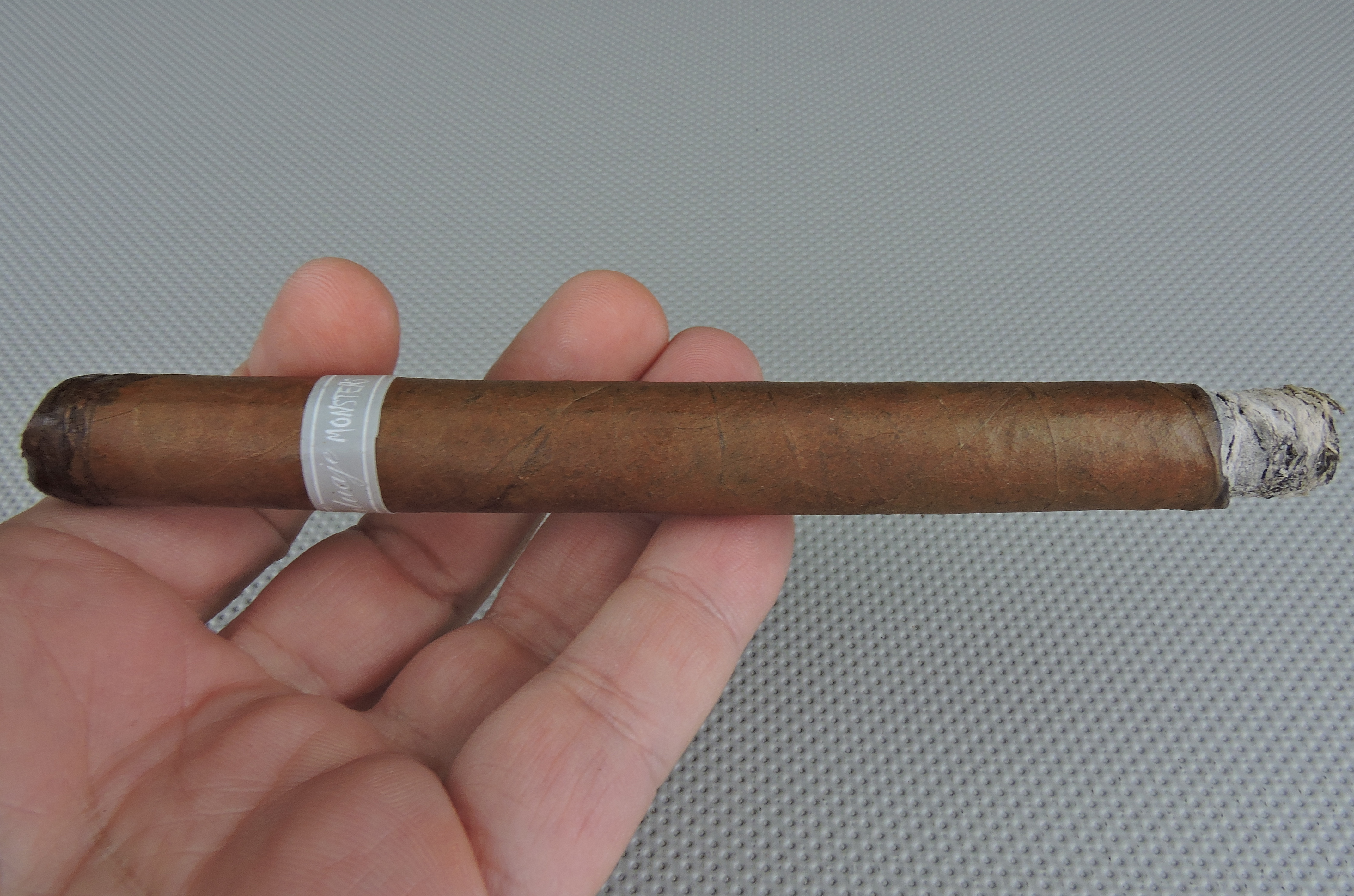 Burn of the Tatuaje Skinny Mummy

The draw performed also performed very well. It was not too tight, nor was it too loose. This made the Skinny Mummy a low maintenance cigar to derive flavor from.

As I said upfront, I consider the Mummy blend to be one of the better ones in the Monster Series collections. There was no disappointment here as the Skinny Mummy lived up to what I expected from this blend. I’ve had some mixed results with some of the other Skinny Monster releases, but again no such case with the Skinny Mummy. This is a cigar that fired on all cylinders delivering excellent flavor, a nice amount of complexity, and  great construction. The only concern longer term is aging potential as I have seen this blend in other sizes lose some of its flavor and complexity over time, so I recommend smoking sooner than later.

This is probably a cigar I’d recommend to a more experienced cigar enthusiast as opposed to a novice. As for myself, it’s a cigar I’d smoke again and it’s certainly a box worthy choice.