Agile Cigar Reviews are cigar assessments where we use a lightweight, shorter format. These will never take the place of our comprehensive reviews. They are only used on blends we have previously assessed. This might be a blend we are rescoring or giving a score for the first time. It might be a blend we are looking at in a different size. Today we look at the MFuente Fuente OpusX ForbiddenX 13 Nacimiento 1912 that was re-released as a TAA Exclusive. This is a cigar line we assessed back in May 2019 in the Nacimiento 1912 size. 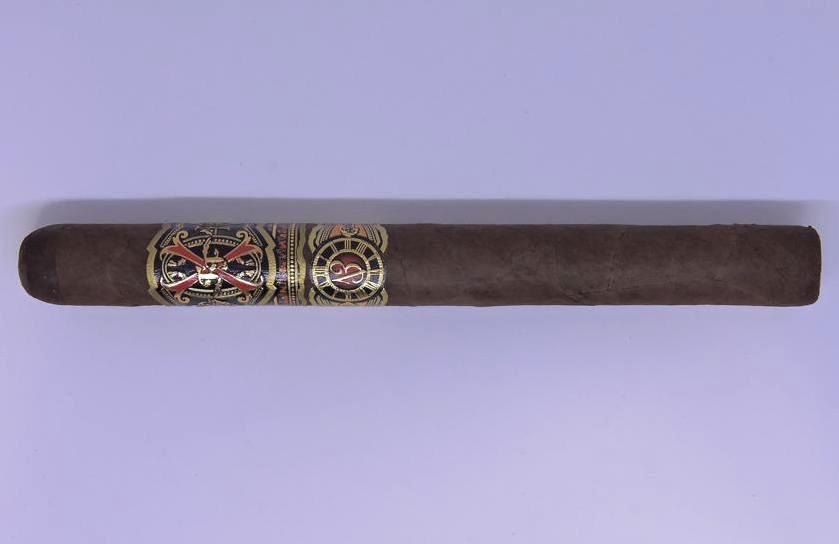 In 2013, Arturo Fuente released a special extension of its OpusX line known as the Fuente Fuente OpusX ForbiddenX 13. This is a line that commemorated 100 years of the Fuente brand. The anniversary of the line was technically in 2012, but much of the celebration was delayed due to a major fire at the Arturo Fuente tobacco warehouses.  With 2018 being the 50th anniversary of the TAA, Arturo Fuente decided to make the ForbiddenX series available on a small batch limited basis to the TAA’s retail members. Today, we take a closer look at one of the installments of this series made available to the TAA, the Fuente Fuente OpusX God’s Whisper 1924.

The vitola names of the ForbiddenX 13 each have a significance in the 100+ year history of the Fuente family.

One final note. The actual cigar we are reviewing is one that was shipped to a TAA retailer (Stogies World Class Cigars) as a release for the TAA. This wasn’t a review from a shipment that was done prior to the TAA release.

The Fuente Fuente OpusX ForbiddenX 13 God’s Whisper delivered a mix of cocoa, cedar, natural tobacco, and black pepper. The cocoa notes became primary during the early stages with the other notes moving into the background. The retro-hale produced an additional layer of black pepper. As the cigar experience progressed, there was an increase in the cedar and black pepper. The cedar increased at a more rapid rate and eventually joined the cocoa notes in the forefront.

Overall I found the God’s Whisper size to be the boldest of the three sizes of ForbiddenX I have smoked (Nacimiento 1912 and Keeper of the Flame 2013 being the others). This was a medium to full strength, medium to full-bodied smoke from start to finish. Both the strength and body balanced each other very nicely.

First I’ll reiterate my issue with this being a TAA cigar. This is what I stated in my assessment of the Nacimiento 1912 and it still holds true:

The TAA seems to have problems with either cigars sitting on the shelves or cigars that simply are difficult to get. The Fuente Fuente OpusX ForbiddenX 13 falls into the latter category. While it’s great to have Arturo Fuente a part of the TAA series, I’m not understanding the point of having a small batch release for the TAA where in some cases the cigar is only on the retail shelves for a short period of time or not at all.

That aside, it’s important to know that the Fuente Fuente OpusX ForbiddenX 13 God’s Whisper 1924 wasn’t blended for the TAA. As mentioned I smoked the Keeper of the Flame 2013 and the Nacimiento 1912 and I found the God’s Whisper 1924 to be my favorite size to date. The flavors were robust throughout the whole smoking experience and seemed to be better balanced in this size. This is a cigar I’d steer to a more experienced cigar enthusiast, but I wouldn’t discourage a novice from trying. While it is pricey, (if you can find it) this is a cigar still worth a box purchase in my book.