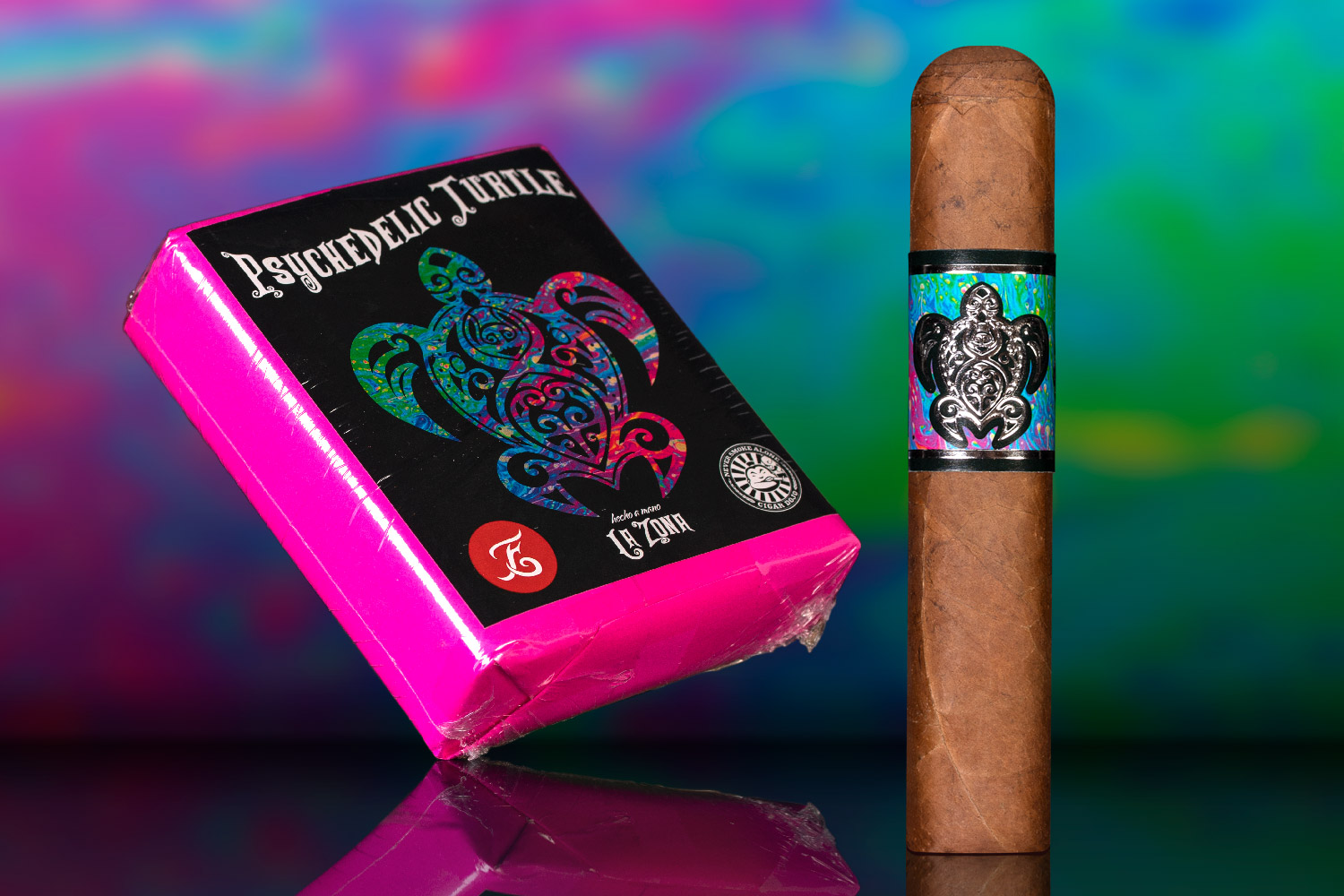 Espinosa Cigars and Cigar Dojo have announced their fourth collaboration cigar, the Psychedelic Turtle. The cigar will officially be released on June 7th coinciding with the weekend of the Smokin’ in the Carolinas event held at JR Cigar in Burlington, North Carolina.

Produced at the La Zona factory in Estelí, Nicaragua, the Psychedelic Turtle is a 5 x 56 box-pressed cigar.  It features a Brazilian Ballaño wrapper over a Habano binder and high priming Nicaraguan fillers from Condega and Estelí. A total of 400 ten-count bundles have been produced. Pricing is set at $9.00 per cigar or $89.99 per ten-count bundle with Cigar Dojo members eligible for a discount code. The cigars are on sale on the JR Cigars website.

“And now for something completely different,” commented Eric Guttormson, owner of Cigar Dojo in a press release. “Turn on the black light, crank up the Pink Floyd, and lose yourself in the awesome flavor of the Psychedelic Turtle. Thank me later.”

Packaging-wise, the 10-count bundles will have multiple variations featuring different psychedelic designs. In addition, three random bundles (out of the 400 made available) include an invite to Espinosa’s 2019 La Zona Palooza festival (airfare and lodging not included). 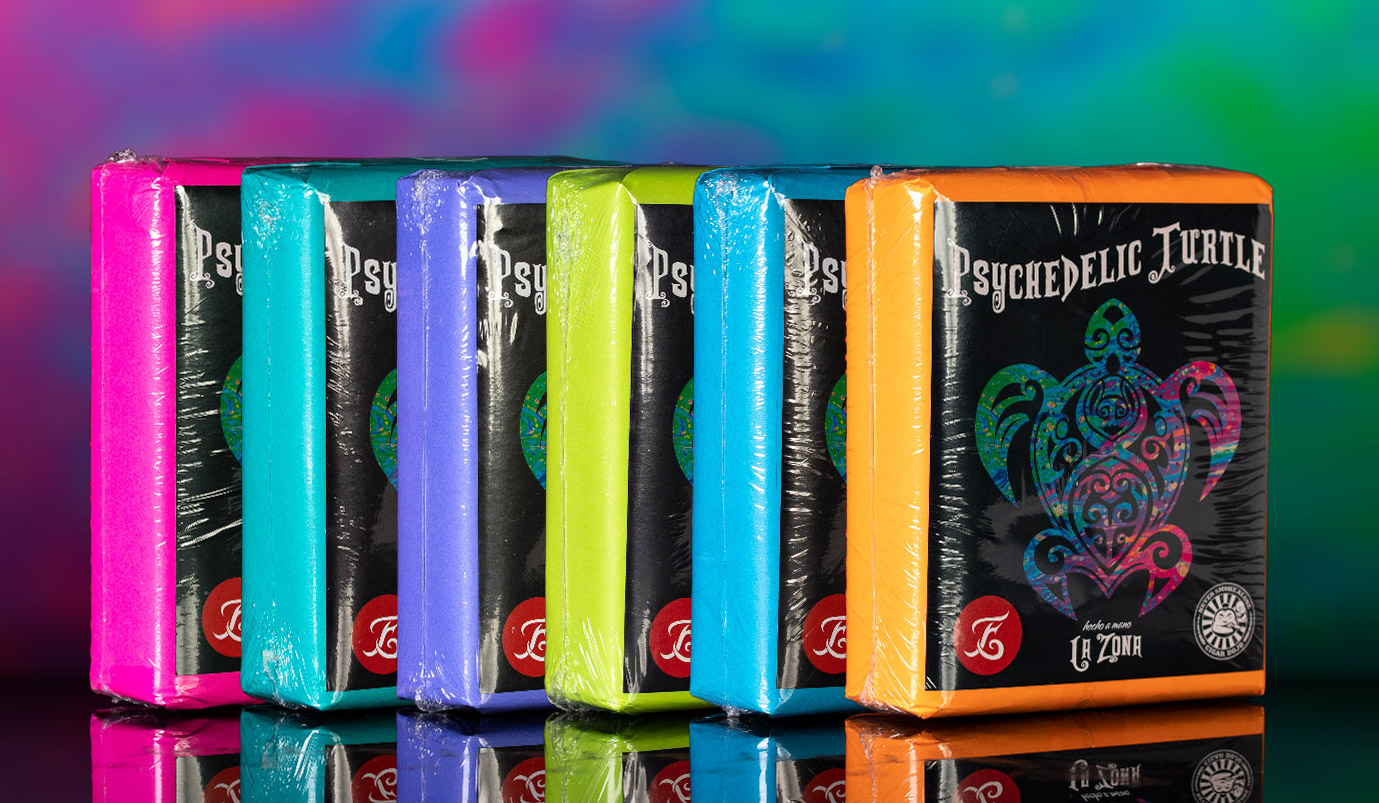 “It’s always a trip collaborating with Cigar Dojo,” noted Erik Espinosa, owner of Espinosa Premium Cigars. “With our fourth official project, we went all out—perhaps letting our creativity get the best of us!”

At a glance, here is a look the Psychedelic Turtle: