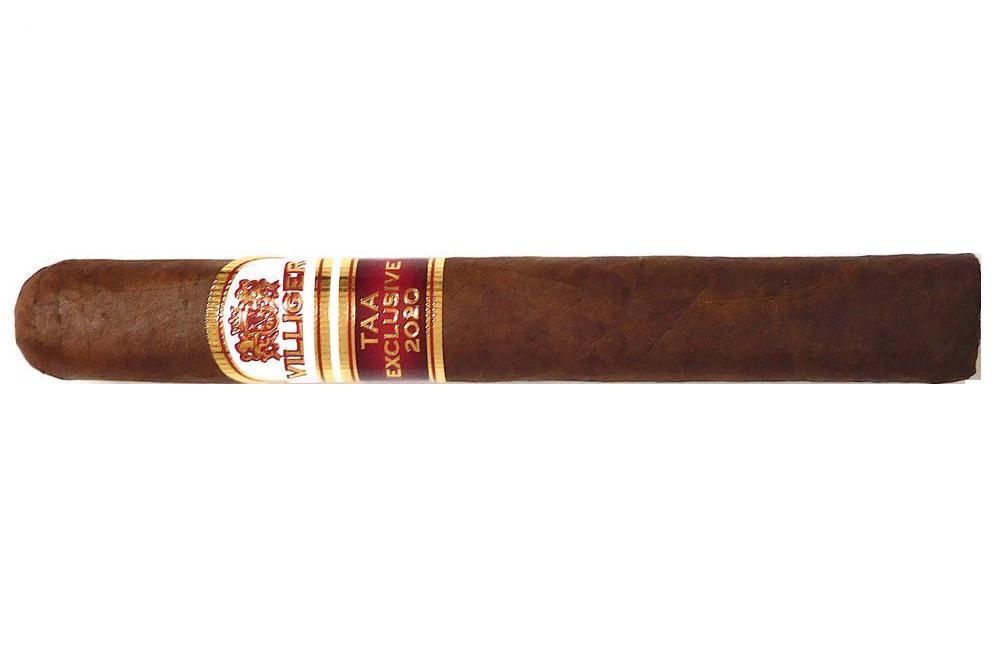 In 2020, Villiger Cigars would release its first exclusive cigar to the Tobacconists Association of America (TAA). Globally, Villiger is one of the larger tobacco companies in the world and has primarily focused on machine-made products. The company does also make premium handmade cigars. For many years, Villiger has also sold its products in the U.S. market. On one hand, some people might be surprised by Villiger’s inclusion in the TAA Exclusive Series because it hasn’t had the easiest time building a footprint for premium handmade cigars in the U.S. market. On the other hand, this is still a tobacco giant and thus it shouldn’t be a surprise Villiger is a part of the TAA Exclusive Series. Today we take a closer look at Villiger’s inaugural release for the TAA, the Villiger TAA Exclusive 2020.

As mentioned above, this is Villiger’s first TAA release, but another one is planned for 2021

Without further ado, let’s break down the Villiger TAA Exclusive 2020 and see what this cigar brings to the table.

While Villiger does have its own production facilities for premium cigars, the company works with other factories to produce some of its premium lines. In the case of the Villiger TAA Exclusive 2020, the cigar is being made at Ernesto Perez-Carrillo’s Tabacalera La Alianza in the Dominican Republic. The TAA Exclusive 2020 features an Ecuadorian Sumatra wrapper over a Nicaraguan binder and a combination of Nicaraguan and Dominican fillers.

The Villiger TAA Exclusive 2020 comes in one size – a box-pressed 6 x 54 Toro. The cigars are presented in 20-count boxes.

The Ecuadorian Sumatra wrapper of the Villiger TAA Exclusive 2020 had a medium to dark brown color with a Colorado-red tint. There wasn’t much in the way of oil on the surface. There were some visible veins, but the wrapper seams well not very noticeable. The surface of the wrapper wasn’t bumpy. As for the box-pressed, it was a square-is press that had a slightly soft Cuban-press style to it.

A straight cut was used to commence the cigar experience of the Villiger TAA Exclusive 2020. Once the cap was removed, it was on to the pre-light draw ritual. The cold draw delivered notes of earth and natural tobacco. There were also hints of fruit and sweetness. Overall this was a satisfactory pre-light draw experience. At this time, it was on to lighting up the Villiger TAA Exclusive 2020 and see what the smoking experience would bring to the table.

The final third of the Villiger TAA Exclusive 2020 saw the earth and pepper notes join the natural tobacco note. There were still notes of stone fruit and mesquite wood in the background rounding out the flavor profile. This is the way the Villiger TAA Exclusive 2020 came to a close. The resulting nub was cool in temperature and soft to the touch.

The Villiger TAA Exclusive 2020 had a jagged burn from time to time and this required some touch-ups. While the touch-ups kept the burn on track, there were more touch-ups than I prefer. The resulting ash was slightly loose and slightly flaky.  The ash itself had a mostly silver-gray color to it. As for the burn temperature and burn rate, both were ideal. 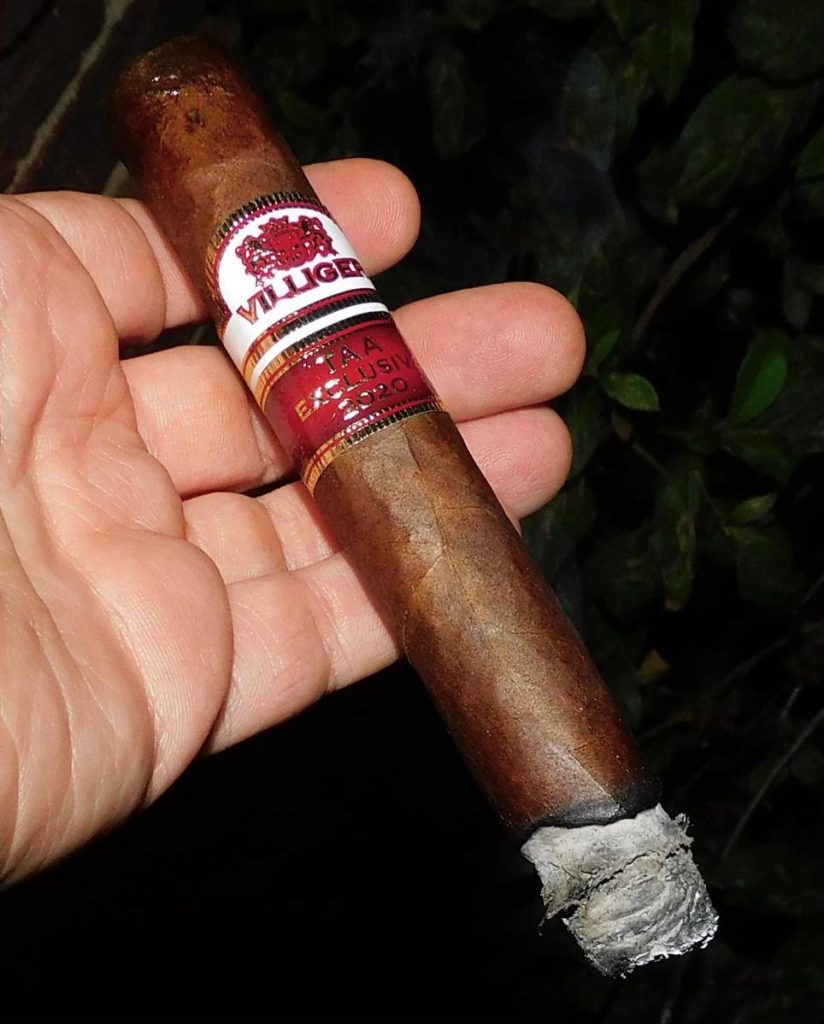 Burn of the Villiger TAA Exclusive 2020

The draw performed very nicely for the Villiger TAA Exclusive 2020. For a box-press, I liked how it had a touch of resistance to it – this made for an ideal draw. At the same time, this was still a low-maintenance cigar to derive flavor from.

In terms of strength and body of the Villiger TAA Exclusive 2020, both fall into the medium range of intensity for each attribute. There was a nominal increase in the intensity level along the way, but in the end, the cigar still was in the medium strength, medium-bodied ranges.

When looking at strength versus body, there was a slight edge to the body during the smoking experience.

One thing that I can say about the Villiger TAA Exclusive 2020 cigar is this is nothing like I’ve seen the Villiger brand put out before. As for the Tabacalera La Alianza factory, it definitely has not produced a cookie cutter blend. This cigar had a somewhat unique flavor combination. At times I thought the flavors worked well together, and at other times it did not. Complexity-wise there definitely was enough that kept me interested. In the end, there was still enough for me to recommend this cigar to either the novice or seasoned cigar enthusiast (I’m more inclined to recommend to the latter). As for myself, this is a cigar that I would buy and smoke again. At the same time, when it comes to the Villiger TAA Exclusive 2020, I still can’t help but go back to my general opinion of the TAA Exclusive releases – they fall short of being “the best of the best”.