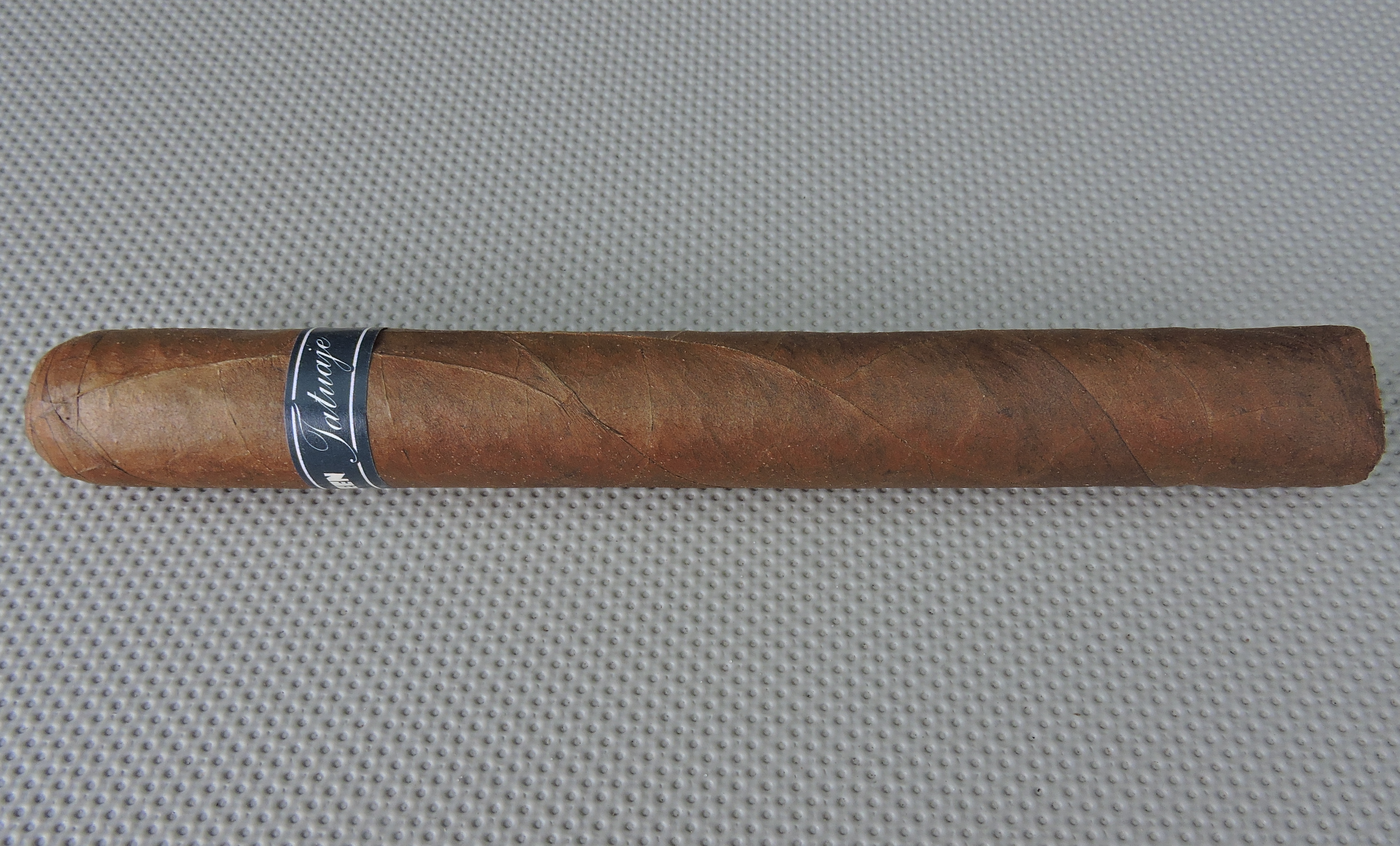 Tatuaje – The Michael is the twelfth blend to be released in Tatuaje’s Monster Series. In 2017, Tatuaje Owner Pete Johnson announced that Tatuaje – The Michael and Tatuaje – The Bride were slated to be the 12th and 13th installments of its annual Monsters Series. Johnson also said these two blends would be the final installments of the Monster Series with The Michael released later in 2017 and The Bride scheduled for release in 2018. Tatuaje Monsters was created by Tatuaje founder Pete Johnson as a tribute to monster and horror movies. Each October (around Halloween) since 2008, a new character was unveiled. Tatuaje – The Michael it pays homage to the character of Michael Myers from the “Halloween” movies.  The new character has a unique blend and a unique size. Over the years, Tatuaje enthusiasts anxiously look forward to the release of a new installment of the series. While there have been several offshoots, the October release is still considered to be the flagship Monsters release. Today we take a closer look at look at Tatuaje – The Michael.

The October releases have two common threads. First up, they typically are larger cigars – usually in the Churchill or Double Corona size – although The Michael is considered to be more of a Toro Extra size. Secondly, the packaging is highly sought after. Each October release has been made available in a limited edition dress box themed around the Monsters character. These boxes have are highly prized by some collectors. Over the past few years, Johnson has selected 13 “Unlucky” retail partners to carry these boxes . Because the dress boxes sell quickly, Johnson also has created plain cedar ” non-dress” boxes. These non-dress boxes are made available to most Tatuaje retailers and while they are also limited, the allocations tend to be higher. Like each October release, Tatuaje – The Michael had dress and non-dress boxes. 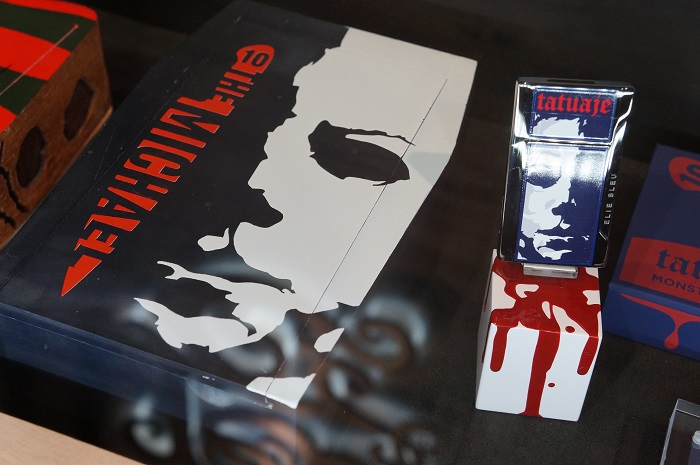 Since the first installment of the October Monsters Series, The Frank; the Monsters series has grown to be so much more. Other sizes have since been added – and there have even been two blends that have not been October full-size Monsters releases (Chuck and Tiff).  When the 2018 release of The Bride is released, the Tatuaje Monsters Series will have 13 blends spread across six different size formats for a total of 54 facings.

Tatuaje – The Michael consists of a natural-colored Ecuadorian Habano wrapper over Nicaraguan binder and filler. It has been released in one size, a 6 1/2 x 52 Toro. This is the shortest of the full-size Monster releases to date.  As with all of the Monsters Series releases, the Michael is produced at the My Father Cigars factory in Estelí, Nicaragua.

Not every Monsters blend has been released in every format. The Krueger, The Michael, and The Bride have only been made in the “full size” October releases.

The Michael’s Ecuadorian Habano wrapper had a medium brown color to it with a slight cinnamon tint. There was some oil on the surface of the wrapper. While there were some thin visible seams and visible veins, this was a wrapper that was on the smooth side.

The band is based on the standard “Tatuaje” scripted logo. The script on each band is the name “Tatuaje” on a dark blue background.  To the left of the “Tatuaje” scripting is the text “HALLOWEEN” in the white font. To the right of the script, it says “MONSTER” in the white font. There is one white pinstripe above the text and one below the text.  There is a white Tatuaje “tattoo” logo on the far of the band.

Prior to lighting up The Michael, I used a straight cut to remove the cap. Once the cap was removed, I commenced the pre-light draw. The cold draw was pretty straightforward – producing sweet natural tobacco notes. Overall, this was a pre-light draw that was still satisfying to me.  At this point, I was ready to light top my Tatuaje – The Michael and await what the smoking phase would have in store.

Tatuaje – The Michael started out with a nice array of favors. The Michael kicked off with notes of natural tobacco, black pepper, cedar, floral, and baker’s spice. Early on I found the natural tobacco delivered a nice sweetness. The natural tobacco moved into the forefront early where it was joined by a milk chocolate component that was heavier on the milky component. The other flavors settled into the background. Meanwhile, there was a layer of back pepper and sweetness on the retro-hale.

During the first third, the natural tobacco and milk chocolate components alternated in intensity. In the background, the cedar, floral, pepper, and baker’s spice notes continued to deliver complementary favors. During the second third, both the cedar and pepper notes began to increase in intensity. The cedar notes increased at a much more rapid rate than the pepper. Concurrently, the milk chocolate notes diminished in intensity.

The last third saw the cedar notes take over as primary note. The natural tobacco lost some of the sweetness it had early on and was more of a close secondary note. There definitely was more black pepper on the tongue, but it wasn’t something that overpowered the palate. Meanwhile the milk chocolate, floral and baker’s spice still made some contributions to the overall flavor profile. This is the way Tatuaje – The Michael came to a close. The resulting nub was slightly soft to the touch and cool in temperature.

The burn of The Michael maintained a straight burn path and a relatively straight burn line. While there was some curvature from time to time on the burn line, this didn’t prove to be problem-some and The Michael was never in danger of canoeing. This was a burn that had a darker ash.  This wasn’t the firmest of ashes, but it wasn’t loose or flaky either. Meanwhile, the burn rate and burn temperature were both ideal. 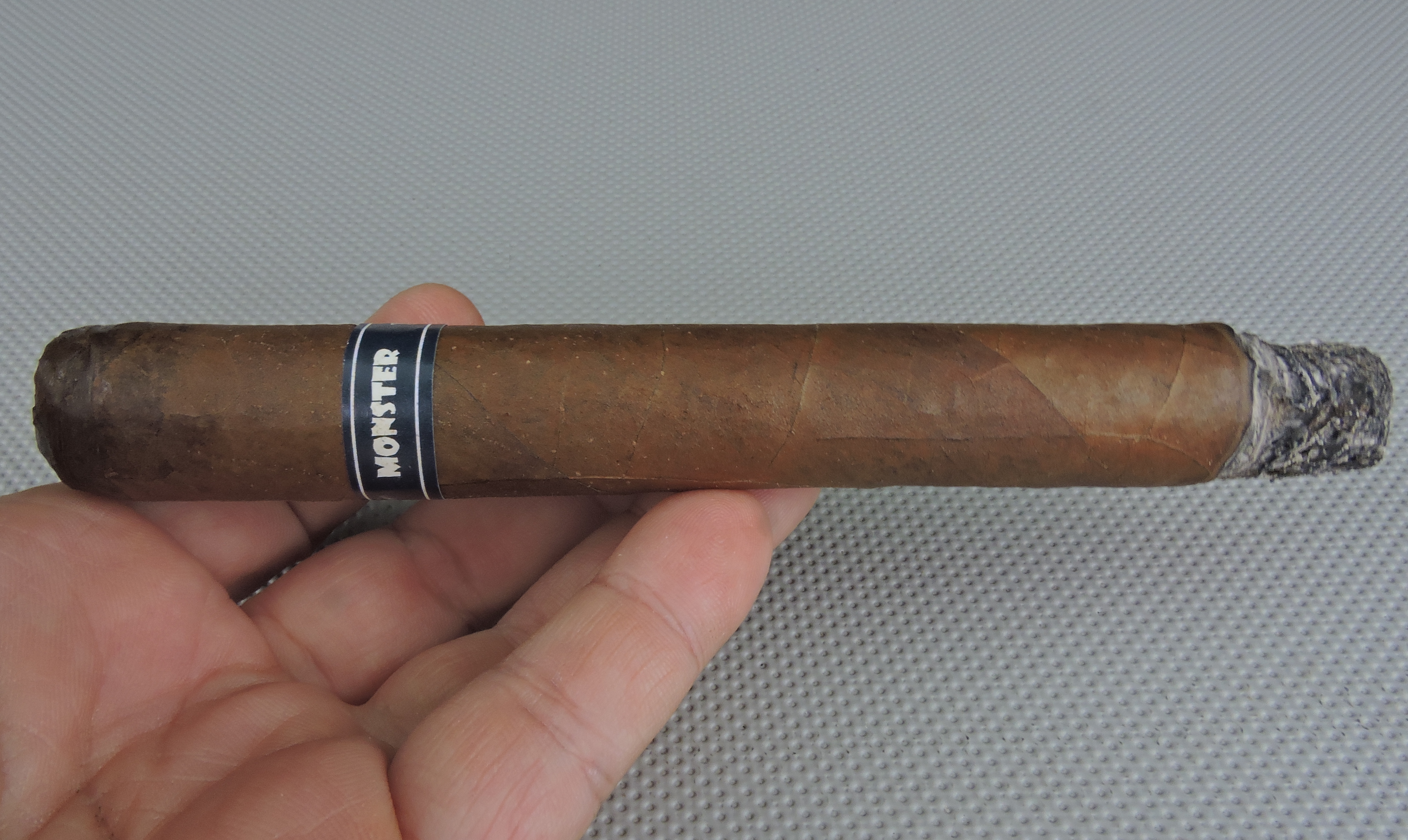 Burn of Tatuaje The Michael

While it wasn’t a loose draw, the draw had a little more openness than I preferred.  This didn’t have any adverse effects on the smoking experience other than just the fact it was a little looser than I like.

From a strength perspective, Tatuaje – The Michael begins right in the middle of the medium range of the spectrum. The strength level remained pretty constant for the most of the first two-thirds. Just before entering the final third, there was a spike in the strength and The Michael moved into medium to full territory.

As for the body, The Michael started out medium to full. Nearly at the same point the strength level increased, the body of The Michael also increased. However, this was a much smaller spike and The Michael didn’t progress into full territory.

In terms of strength versus body, I found the body had the edge, but in that final third the gap closed between the two attributes.

The past couple of years, I had been underwhelmed by the Monster Series releases. While it’s not a return to the heyday of the epic releases the Monsters Series had between 2008 and 2012, The Michael is probably the best release since 2015’s Tatuaje – The Jekyll.  While there was a nice amount of complexity and good flavor to this cigar, there was just something intangible this cigar lacked to take it to the next level. I would be curious to see how this cigar blend would perform in the Little, Pudgy, and Skinny formats.

This is a cigar that I would recommend for a seasoned cigar enthusiast. While it’s not something I would position for a novice, I wouldn’t discourage one from trying. As for myself, while The Michael is a limited cigar, it’s one I would buy and smoke again.