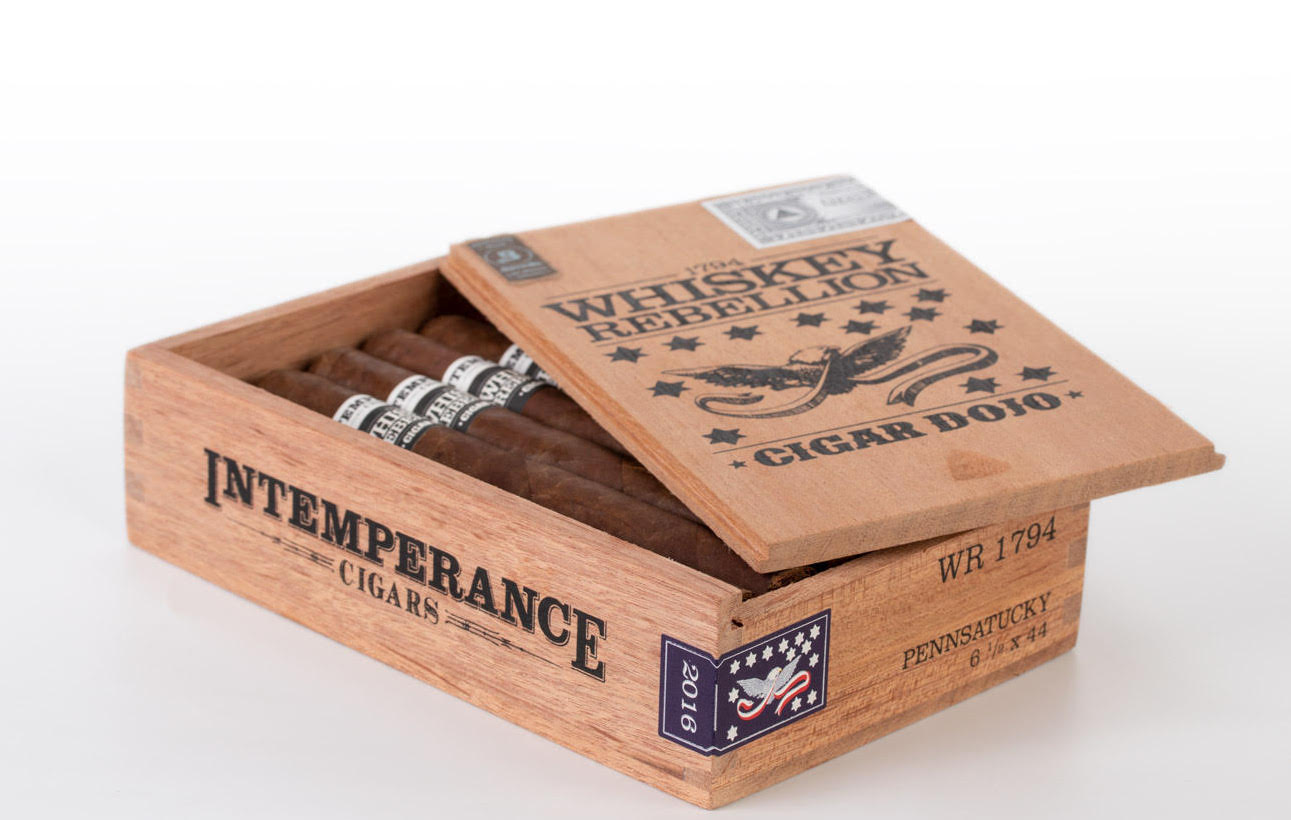 Like the rest of the Intemperance Whiskey Rebellion 1794 Pennsatucky the blend features a high-priming Ecuadorian Habano Ligero wrapper, an Indonesian Besuki binder, and fillers from Nicaragua and the Dominican Republic. The lonsdale size measures 6 1/2 x 44. The cigars are packaged in 12-count boxes with production limited to 500 boxes. Once again, sales will be handled through Famous Smoke Shop.

“From the time we started talking about this brand with Dojo on the balcony overlooking Bourbon Street in New Orleans, I’ve wanted to express the blend in this size,” commented Skip Martin, co-proprietor of RoMa Craft Tobac in a press release. “While it isn’t a popular vitola, the lonsdale is the perfect format for balancing the strong Nicaraguan fillers against a bold wrapper. It’s been great to be working with Eric and Jordan of Cigar Dojo, as well as Jim and the team at Famous on a new project as we take WR 1794 national, and I couldn’t be more pleased with how the Pennsatucky has developed. In my opinion, it’s right up there among the best of the Cigar Dojo releases, and we are proud to have our name appear on the band right next to the Dojo logo. I don’t imagine they will take long to sell through.”

Eric Guttormson, owner of Cigar Dojo, added, “The blend on the Whiskey Rebellion has always been one of my favorites. But when you put it in a lonsdale you take it to a whole new level! Skip, Michael, and the RoMa Craft team knocked this out of the ballpark—I absolutely can’t wait for Dojonation to get their hands on this cigar.”

At a glance, here is a look at the Intemperance Whiskey Rebellion 1794: