Agile Cigar Reviews are cigar assessments where we use a lightweight, shorter format. These will never take the place of our comprehensive reviews. They are only used on blends we have previously assessed. This might be a blend we are re-scoring or giving a score for the first time. It might be a blend we are looking at in a different size. Today we look at the Tatuaje – The Frank Redux 1. This is a cigar blend previously assessed in several sizes most recently back in April 2022 in the Monster Mash format. 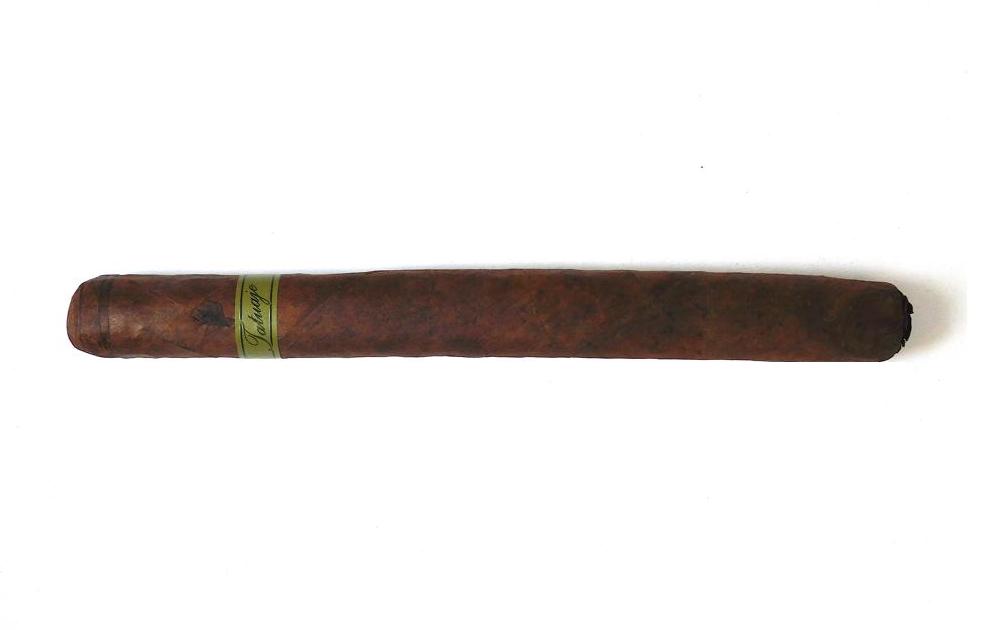 In 2021, Tatuaje Cigars would unveil the Tatuaje Monster Mash sampler. From 2008 to 2018, Tatuaje would pay homage to a classic or contemporary horror film character with a unique blend that would be released for Halloween. Ever since the 2008 release of “The Frank” (based on Frankenstein), these releases would set off a frenzy. In addition to the annual Halloween releases, there have been various samplers released containing different sizes of the various Monsters blends. Still those full-size Halloween releases have remained the staple of the Monsters Series. In 2021, Pete Johnson decided to go back to the beginning and re-release The Frank. The cigar was dubbed Tatuaje The Frank Redux 1 and it’s the cigar we are looking at today.

The chart below shows the complete history of the Tatuaje Monsters series and what is offered in one sampler.

Tatuaje The Frank Redux 1 is based on the original release of Tatuaje’s Frank. The cigar is a box-pressed 7 5/9 x 49 vitola consisting of a Connecticut Broadleaf wrapper, a double binder – one from Jalapa and one from Estelí, and a mix of Nicaraguan tobaccos from the Jalapa and Estelí regions in the filler. The cigars were released in coffin dress boxes, each containing thirteen cigars. A total of 5,000 boxes were produced, making for 65,000 cigars.

The Frank kicked off with notes of mocha, earth, black pepper, mixed fruit, and cedar. There was also some black pepper on the retro-hale. The mocha notes were a classic fusion of coffee and chocolate. Early on the mocha had a definite fudge-like sweetness to it. As the cigar moved through the first third, the mocha shed the chocolate qualities and moved to more of a classic coffee note. Meanwhile, the fruit notes morphed into a natural tobacco sweetness. As The Frank Redux moved into the second third, the coffee and natural tobacco were the primary notes. There was a gradual buildup of pepper in the second third on the tongue and retro-hale. By the final third, the pepper joined the coffee and natural tobacco notes. There still were notes of earth and cedar rounding out the profile.

The flavor of The Frank started out medium-bodied and progressed to medium to full in the second half. Meanwhile, strength level followed the depth of the flavors starting out medium in the first half and medium to full in the second half. The burn was excellent from start to finish. As for the draw, it was a little more open than I prefer, but there were no adverse effects on the smoking experience.

The original Frank and Drac were the two large-sized Monsters cigars I had not smoked. For the most part, the Frank blends have scored well on Cigar Coop and I was excited to see what the “OG” format would smoke like. I opted for my first smoke of The Frank to be right off the truck in October 2021, but I was highly disappointed. It seemed to smoke young. I put the remaining cigars into the humidor and aged them to go into the review cycle. These cigars were smoked about a month ago and they were smoking great. This is a wonderful expression of Broadleaf and it did justice to the other sizes. In the end, this is a cigar I’d steer toward a more experienced cigar enthusiast, but would not discourage a novice from trying. As for myself, this is a cigar I’d smoke again – and if I could find them, they are definitely worthy of purchasing multiples. Coming in at 90 points, it has qualified for the Cigar Coop Standard of Excellence.