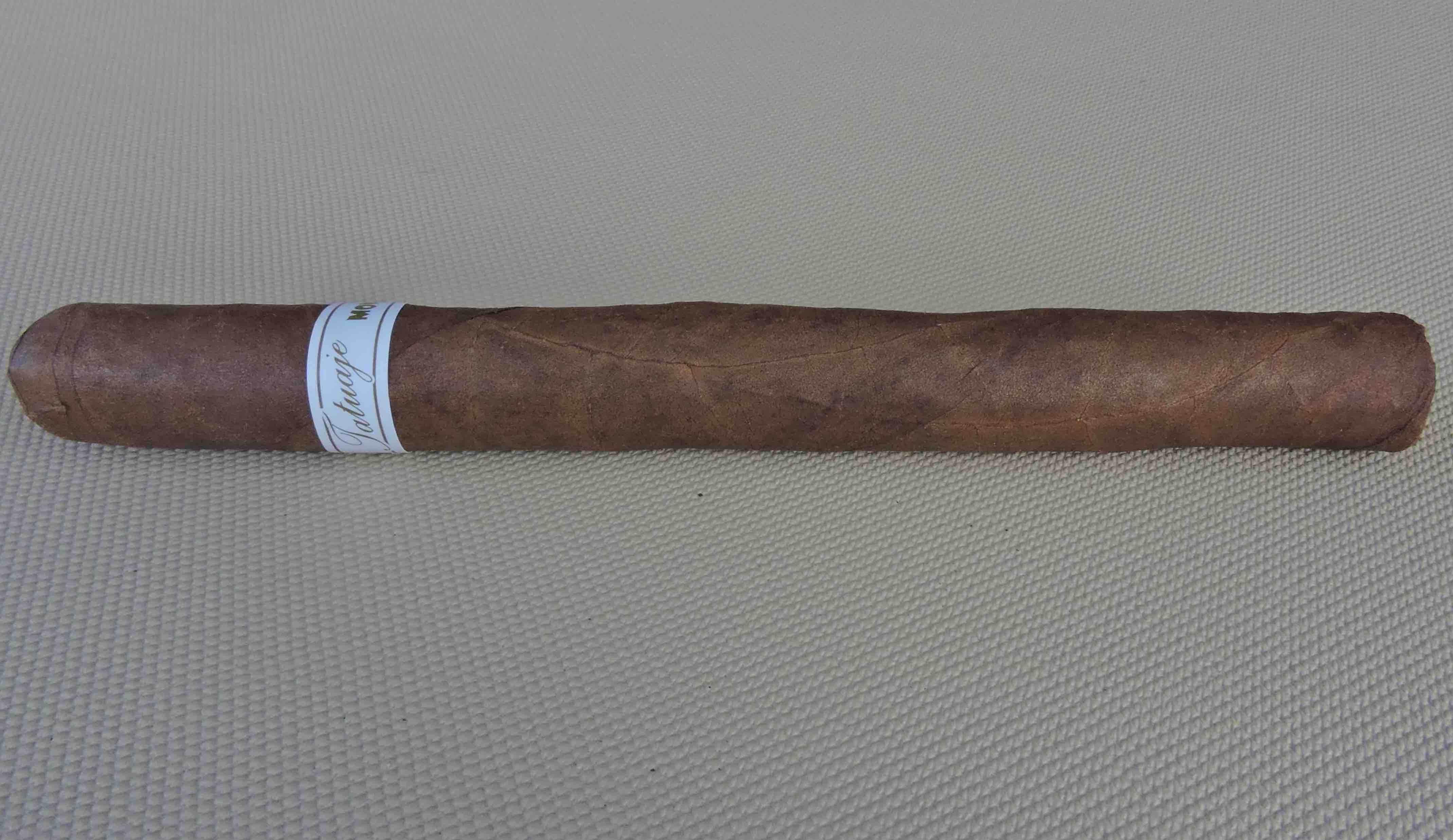 In 2018, Tatuaje Cigars released the 13th blend under its Monsters series, The Bride. Tatuaje Monsters was created by Tatuaje founder Pete Johnson as a tribute to monster and horror movies. Each October (around Halloween) since 2008, a new character was unveiled. The Bride is a character that pays homage to The Bride of Frankenstein. There has been speculation that The Bride will bring closure to the series as the final blend of the series. Since the first Monster to be released was The Frank (a tribute to Frankenstein), it makes sense to come full circle and close the series with The Bride. Today we take a closer look at Tatuaje The Bride in more detail.

Since the first installment of the October Monsters Series, The Frank; the Monsters series has grown to be so much more. Other sizes have since been added – and there have even been two blends that have not been October full-size Monsters releases (Chuck and Tiff). With the 2018 release of The Bride, the Tatuaje Monsters Series will have 13 blends spread across six different size formats for a total of 54 facings.

The Bride is a 7 1/8 x 48 vitola. Like The Krueger and The Michael, The Bride has only been released in the “full size” October release and has not been made available in any sampler.

As in previous years, production is limited and offered in a combination of dress boxes and non-dress (cedar) boxes. The boxes are adorned with the image of Elsa Lanchester, the actress who played the Bride of Frankenstein.

Packaging (and accessories) for Tatuaje – The Bride

The band of The Bride is similar in design to the other bands in the Tatuaje Monsters Series. The band has a white background with moss-green font features the text “Tatuaje” in cursive font. The left side of the band features the text “HALLOWEEN” while the right side features “MONSTER” . There is one green pinstripe above the text and one below the text.  There is a green Tatuaje “tattoo” logo on the far of the band.

A straight cut was used the commence the cigar experience of The Bride. Once the cap was detached, it was time to move on to the pre-light draw. The dry draw produced notes of coffee and cream as well as subtle floral and cedar notes. Overall I found this to be an excellent pre-light draw experience. At this point, it was time to light up Tatuaje – The Bride and move on to the smoking phase.

Tatuaje The Bride started out with notes of coffee, cedar, fruit sweetness and some notes of red pepper. Early on the fruit sweetness and red pepper settled in the background. The coffee and cedar notes moved into the forefront. During the first third both the coffee and cedar notes alternated in intensity. Meanwhile, there was an additional layer of red pepper that was present on the retro-hale.

The second third saw the coffee notes take over as the primary flavor. The cedar receded into the background joining the coffee and pepper notes. By the time The Bride reached the midway point, a gradual increase in the pepper notes commenced.

The final third of The Bride continued to see the coffee notes in control. The process of the pepper notes increasing in intensity continued and shortly crossing the final third, these notes joined the coffee in the forefront. There were still some cedar notes and a slight amount of fruit sweetness present. This is the way Tatuaje The Bride came to a close. The resulting nub was cool in temperature and the nub was firm to the touch.

Overall Tatuaje The Bride was a well-constructed cigar and this reflected nicely on the score of the burn. This is a cigar that maintained a straight burn path and straight burn line from start to finish. The ash had a light gray color. This was an ash that was tight and firm. The burn temperature was ideal. The burn rate was a little fast as the average smoke time clocked in 76 minutes for this Churchill sized cigar. This had no adverse effects on the combustion – it just smoked a little fast. 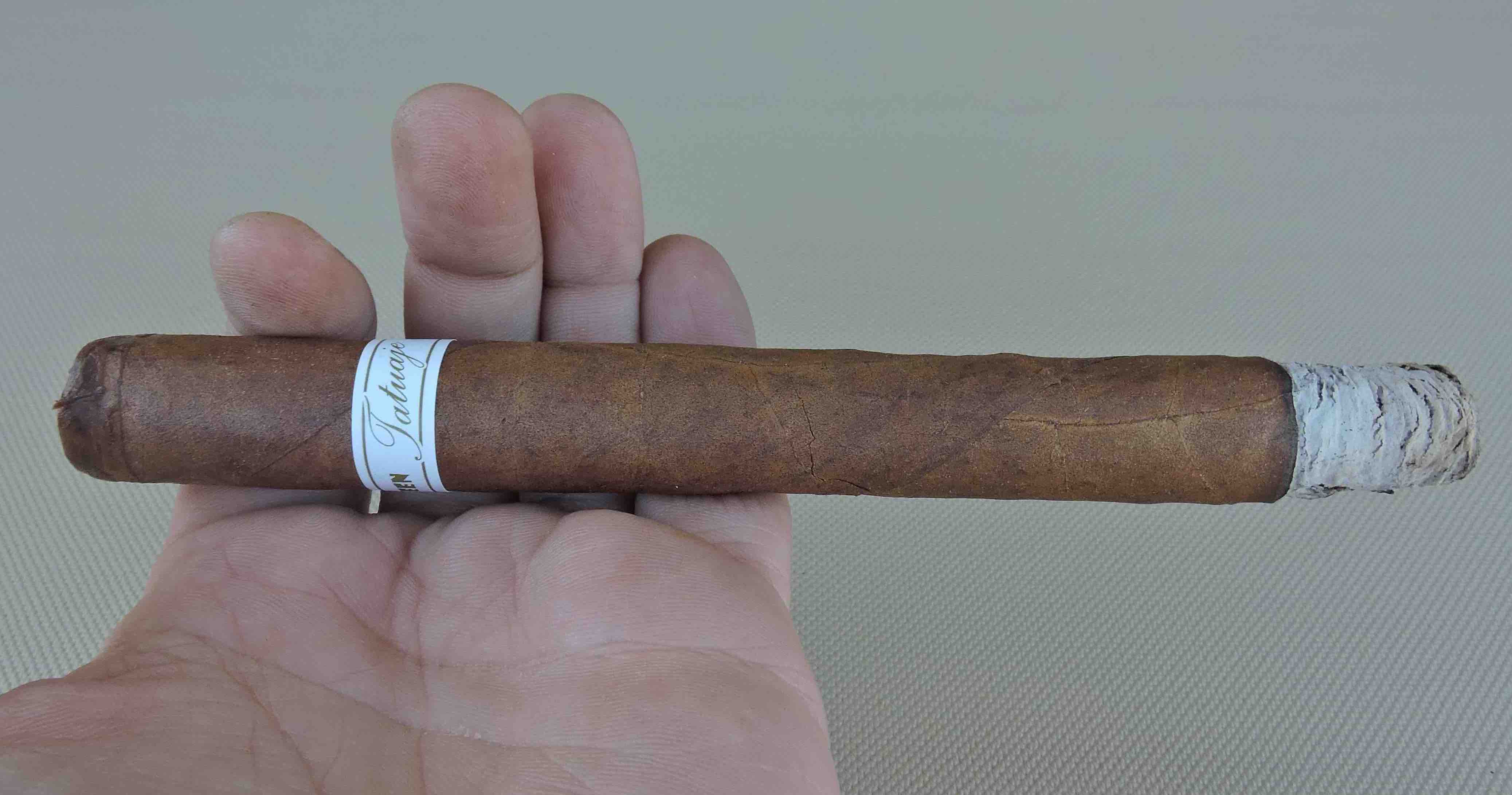 Burn of Tatuaje The Bride

Tatuaje The Bride is a textbook case for why a cigar should not be reviewed the day it comes off the truck. When these came out, I thought they needed some additional aging. Fast forward 5 1/2 months and it was time to assess this cigar and its one that really came into its own. While it wasn’t overly complex, the flavors delivered were excellent and balanced each other nicely. It’s a very different Connecticut Broadleaf with a smoother profile

In my opinion, The Bride is the best Tatuaje released in 2018 – and it might be the best cigar out of the My Father Cigar factory last year as well. It’s a cigar I could recommend to any cigar enthusiast – and it’s one that garners box worthy consideration.