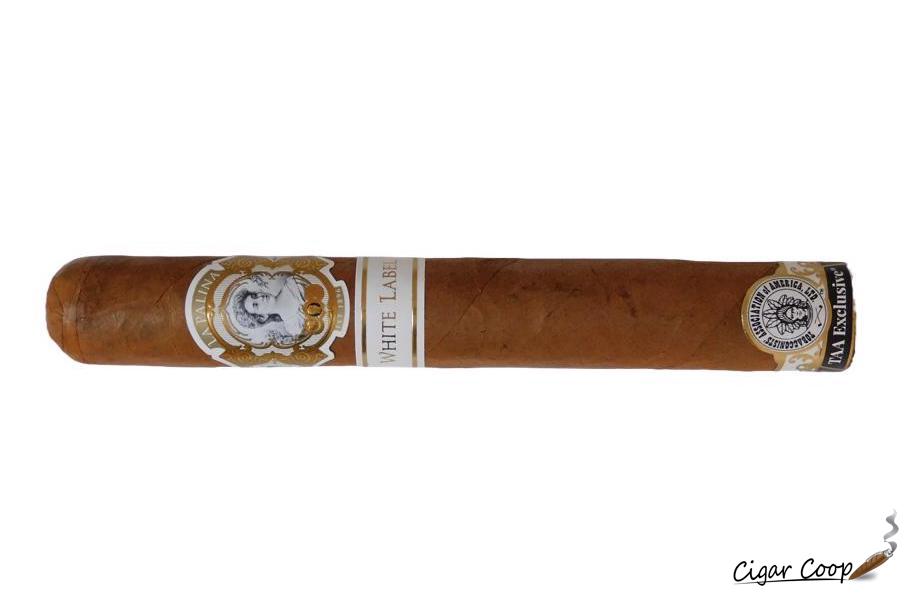 The following is a complete list of the La Palina TAA Exclusive releases. All of the TAA releases from 2016 to 2021 became regular production lines with expanded vitolas.

The La Palina White Label is the sixth installment of La Palina’s “color label” series. The following are cigars that are a part of the Label Series include the following (along with wrapper varietal and release years). Note the past four installments of this series have had TAA releases before becoming regular production.

Without further ado, let’s break down the La Palina White Label Toro and see what this cigar brings to the table.

The La Palina White Label is highlighted by a Honduran Connecticut Shade wrapper. The remainder of the blend consists of a Mexican San Andres wrapper and a combination of Dominican, Mexican, and Nicaraguan tobacco. Production comes from Scandinavian Tobacco Group’s HATSA factory in Danlí.

The La Palina White Label TAA Exclusive was released in one size – a 6 x 50 Toro. The cigars are presented in 20-count boxes.  In 2022, the White Label became a regular production line with the following sizes:

A straight cut was used to remove the cap of the La Palina White Label TAA Exclusive. Once the cap was removed it was on to the pre-light draw ritual. The cold draw was pretty straightforward, delivering notes of cream and wood. I wouldn’t consider this the most exciting pre-light draw. Since the pre-light draw is not factored into the numerical score or value rating, there was no loss of points here. Then I moved on to lighting up the La Palina White Label TAA Exclusive to see what the smoking phase would have in store.

The La Palina White Label TAA Exclusive started out with more notes of cream and wood. There was also some pepper and cedar. The cream and wood notes moved to the forefront early on. The pepper and cedar settled in the background. Meanwhile, on the retro-hale, there was an additional layer of cedar along with some black pepper notes. Toward the end of the first third, the cedar notes became more prominent.

There wasn’t much change in the last third. The cedar notes remained primary. There were notes of wood and pepper rounding out the flavor profile.

The construction of the La Palina White Label TAA Exclusive was quite impressive and this was reflected in the burn. The cigar maintained an almost-straight burn line and straight burn path requiring minimal touch-ups along the way. The resulting ash was firm and light gray in color. Both the burn rate and burn temperature maintained ideal levels. 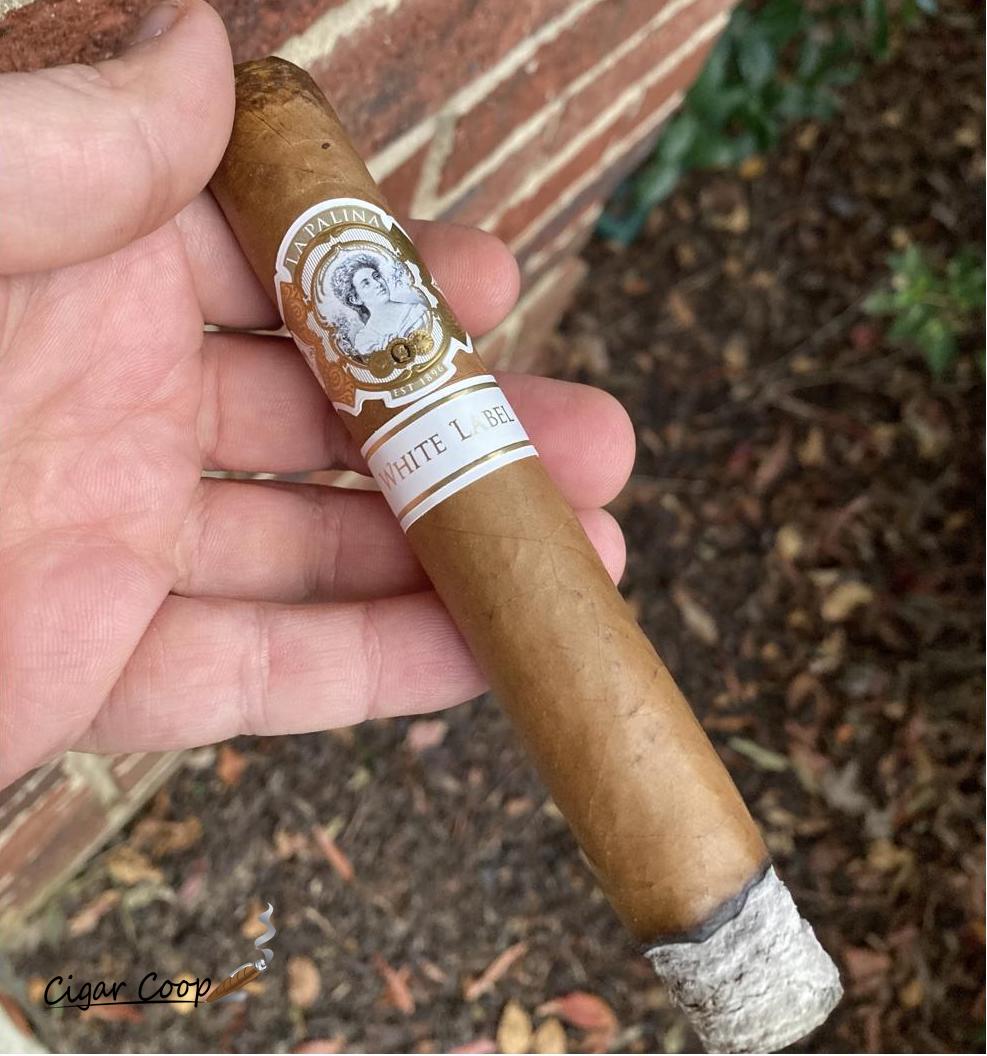 The excellent construction of the La Palina White Label TAA Exclusive was also reflected in the draw. This is a cigar that had a touch of resistance to it – which is something that I like. At the same time, this was a low-maintenance cigar to derive flavor from.

The La Palina White Label TAA Exclusive started out as a mild to medium strength, medium-bodied smoke. There wasn’t much in the way of variance of the intensity levels of the strength and body. In the end, the La Palina White Label TAA Exclusive stayed in the mild to medium strength and medium-bodied range for the duration of the smoking experience. In terms of strength versus body, the body maintained a slight edge throughout the smoking experience.

It is worth noting the packaging changed slightly with the regular production release. The secondary band now has “Connecticut” on it – reflecting La Palina’s overall strategy for highlighting the wrapper on the color label series. The TAA band was removed.

As I mentioned above, when a cigar takes a “cedar turn” and becomes cedar dominant, I lose interest pretty fast. While the La Palina White Label TAA Exclusive took that cedar turn, the other flavors still had enough of a contributing factor to keep my interest. I would put the White Label TAA Exclusive as a classic Connecticut Shade release – milder in strength, not really going past medium in body. This doesn’t have a sophisticated flavor, but it’s a flavor profile that works. In the end, this is a cigar I would recommend to any cigar enthusiast. Coming in at a solid 89 points,  this is a cigar I would buy and smoke again. Finally, as far as a TAA release goes, I wouldn’t say the La Palina White Label is any extraordinary, but I’ve given up considering the TAA Exclusive Series as being extraordinary.