The Tatuaje Face is one of five blends that is included in each of the six Monster series collections. The other four are: Frank, Drac, Wolf, and Mummy. The recently announced Tatuaje – The Krueger  has only been made available in a full Monster size.

Without further ado, let’s break down the Tatuaje Skinny Face and see what this cigar brings to the table.

As mentioned, the blend for the Skinny Face is based on the blend of the Tatuaje Face. The Face, along with the Tatuaje -The Krueger are the only two in the Monster Series and its offshoots to use an Mexican wrapper.

With the new Cazadores and Lancero line extensions, it brings the total number of vitolas using the Face blend to six.

As mentioned, in addition to being a part of the Skinny Monsters sampler, the Skinny Face has also been made available in 25 count boxes: 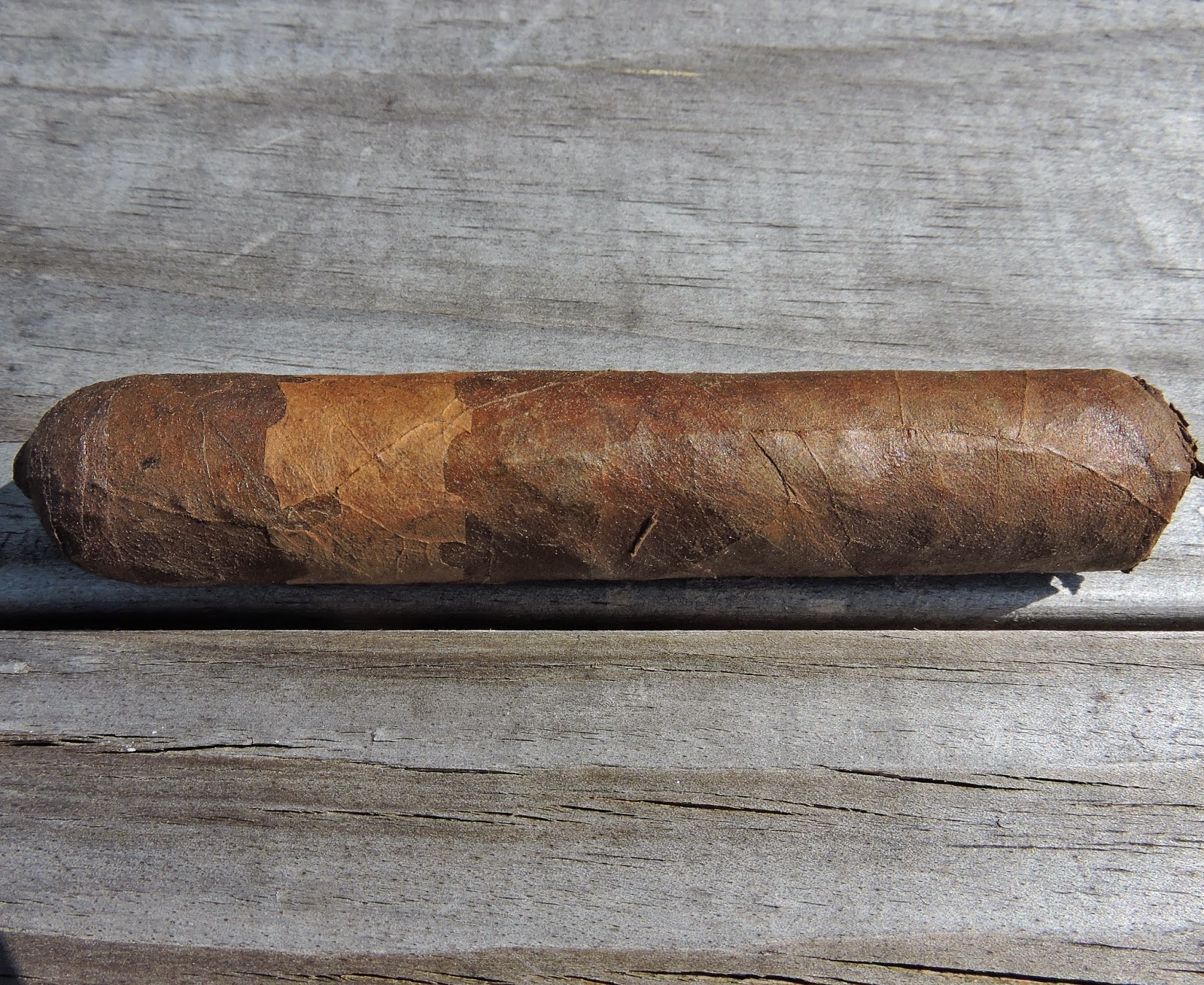 A look at the Pudgy Face with the natural tobacco leaf in place of a paper band.

As I usually do, I placed a straight cut into the cap of the Tatuaje Skinny Face to remove the cap. I then moved on to the pre-light draw phase. The dry draw delivered a mix of chocolate, earth, a slight maduro sweetness (a cross between natural tobacco and dried fruit), and a slight cedar bite. Overall I considered this to be an excellent pre-light draw. At this point I lit up the Tatuaje Skinny Face and moved on to the smoking phase.

As the cigar experience moved into the second third, the earth notes moved into the forefront with the red pepper and mocha notes. The mocha notes present definitely leaned more toward the chocolate-side. The maduro sweetness was now more of a background flavor.

By the last third of the Tatuaje Skinny Face, the earth and pepper notes were the main primary notes. The mocha notes from time to time still surfaced in the forefront. There also was still some maduro sweetness in the background. This is the way the cigar experience of the Tatuaje Skinny Face came to a close. The resulting nub was cool in temperature and firm to the touch.

Overall the performance of the Tatuaje Skinny Face’s burn was quite good. The cigar took a straight burn path from start to finish. There was a slight curvature from the burn line from time to time, but the cigar was never in danger of tunneling or canoeing. I also found this cigar did not require many touch-ups along the way. The resulting ash was silver-gray in color. This was also a firm ash that came off the cigar in clean chunks. The burn rate and burn temperature were ideal.

Burn of the Tatuaje Skinny Face

In terms of strength and body, I definitely found the Skinny Face to be the boldest. In fact, I was a little surprised at how much bolder this cigar was when compared to the other Face vitolas. I found this cigar to be a full strength and full-bodied smoke from start to finish. This surprised me because the other vitolas were mostly around the medium to full range.

Both the strength and body balanced each other nicely and neither attribute had an edge over the other.

I did find that the Skinny Face had similar flavor characteristics to the other vitolas released in the Face blend – namely the notes of mocha and red pepper. The big difference is the higher level of strength and body that the Skinny Face will show. In fact, I liked how this blend performed with the additional firepower. As a result this is going to be a cigar that I would recommend to a more experienced cigar enthusiast who prefers something on the fuller side. As for myself, this is a cigar I would smoke again – and  consistent with the other sizes, it certainly is one that is box worthy.