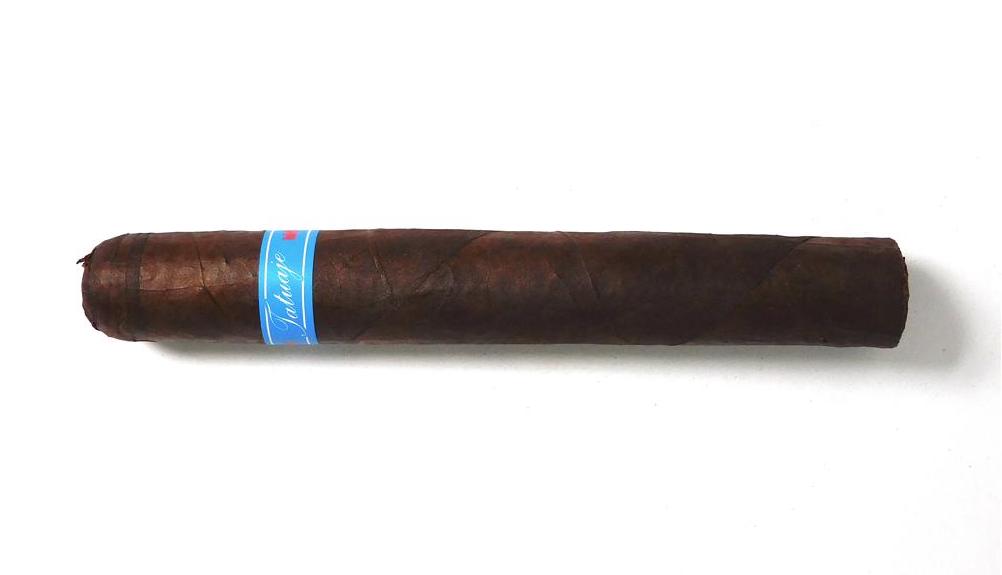 In 2019, Tatuaje Cigars would release not one, but two cigars to round out the full-sized Monsters Series. Tatuaje owner Pete Johnson had pretty much said that the Monsters Series would be limited to 13 blends. The 13 blends had been released already, the two blends that were not released in the full-size were the Chuck and Tiff blends. That would change in 2019 when Johnson would release Chuck and Tiff in the full size just in time for Halloween. Today, we take a look at one of those full-sized Monster Blends: Tatuaje – The Chuck.

The Chuck along with the Drac and Michael blends are the three sizes that utilize an Ecuadorian Habano wrapper. In addition the Habano wrapper, the Chuck uses Nicaraguan tobaccos for the binder and fillers.

There are five sizes that have been done for the Chuck blend. In regards to Tatuaje – The Chuck, it was available in 13-count dress boxes or 10-count non-dress (cedar boxes).

The dress boxes to the Chuck and Tiff are designed to interlock together. 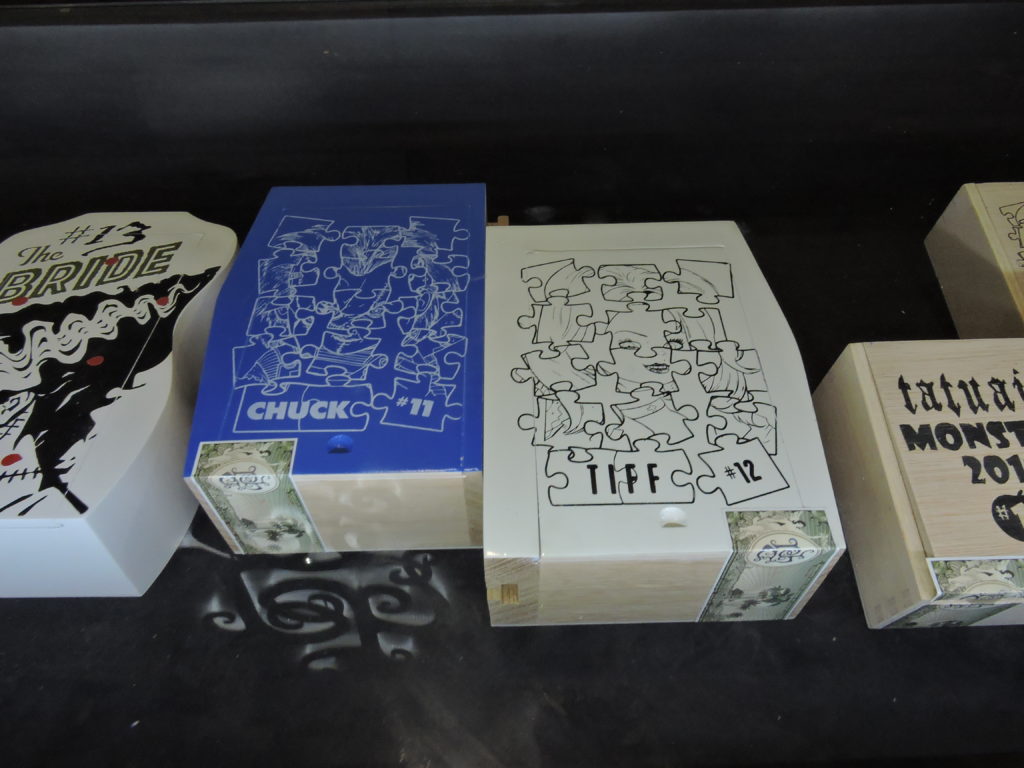 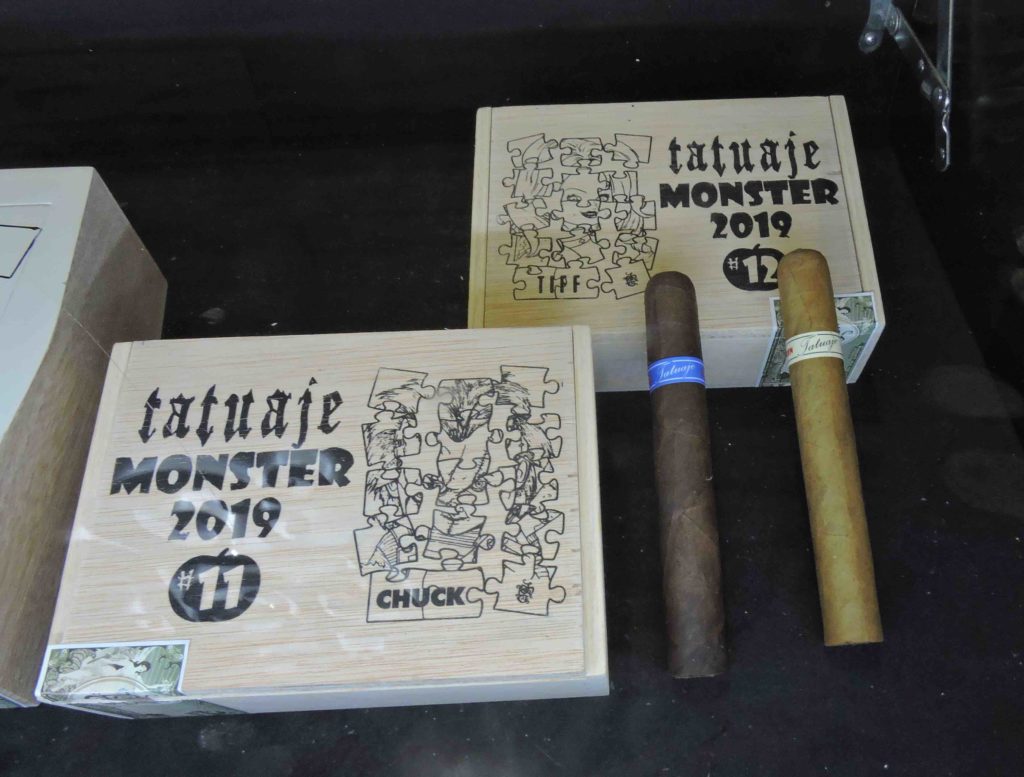 The Ecuadorian Habano wrapper of The Chuck had a dark brown, near chocolate color to it. The wrapper had an oily complexion to it. The surface of the wrapper had some visible veins and visible wrapper seams.

The band of The Chuck is similar in design to the other bands in the Tatuaje Monsters Series. The band has a sky-blue background with white font that features the text “Tatuaje” in cursive font. The left side of the band features the text “HALLOWEEN” while the right side features “MONSTER.” There is one white pinstripe above the text and one below the text.  There is a white Tatuaje “tattoo” logo on the far of the band.

A straight cut was used to remove the cap of The Chuck. After the cap was removed, it was on to the pre-light draw ritual. The dry draw delivered a mix of must, earth, chocolate, and a slight white pepper note. Overall this was a satisfactory pre-light draw. At this point it was time to light up The Chuck and see what the smoking experience would have in store.

The start of The Chuck picked up where the pre-light draw let off as there were notes of must, chocolate, earth, and white pepper. Early on the chocolate and the musty notes moved to the forefront. At the same time, the earth and white pepper settled in the background. While must does not sound like an exotic flavor, it actually played nicely into the overall flavor profile. Meanwhile, there was a combination of black and white pepper on the retro-hale.

During the second third, the chocolate notes receded into the background and were replaced by the earth notes. The musty notes remained grounded in the forefront. Meanwhile, there was a gradual increase of the pepper spice in the second third.

The last third saw the pepper notes close in on the must and earth notes. There wasn’t much in the way of chocolate that remained. This is the way The Chuck came to a close. The resulting nub was firm to the touch and cool in temperature.

Overall there was some unevenness on the burn line that required several touch-ups along the way. The touch-ups also contributed to keeping the burn on a straight path. The resulting ash was firm with a near-white color to it. The burn rate and burn temperature were both ideal. 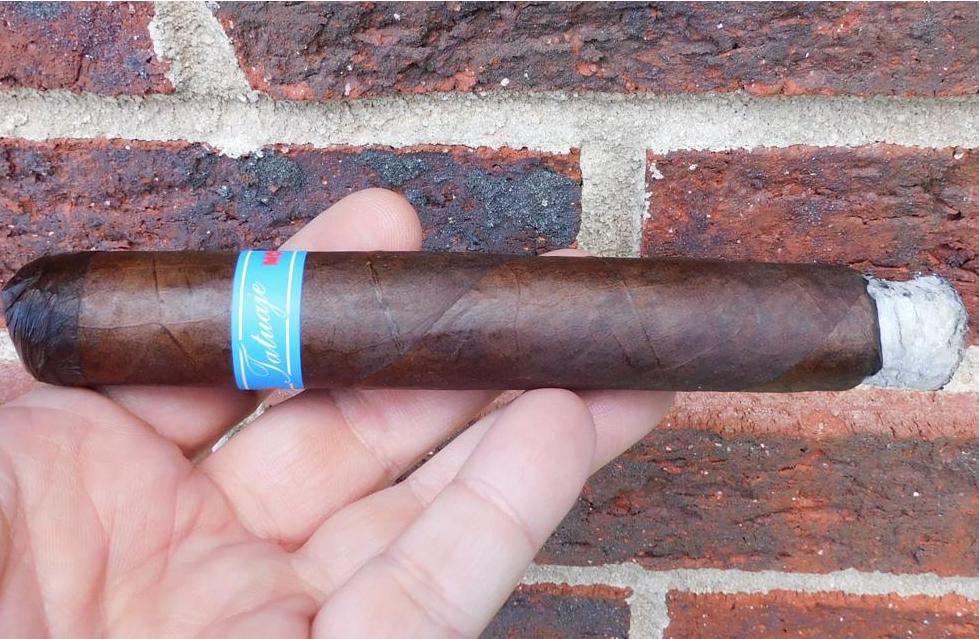 Burn of Tatuaje – The Chuck

The Chuck had a solid draw with the touch of resistance I look for on a cigar. In the end, this was a low maintenance cigar to derive flavor from.

In terms of strength and body, the Chuck came in at a solid medium. I found this to be slightly dialed back from the Pudgy and Skinny Chuck size I had previously smoked. The intensity levels of the strength and body didn’t have much variance throughout the smoking experience. In terms of strength versus body, both attributes balanced each other nicely with neither attribute overshadowing the other.

When it comes to the flavor of the Monsters Series, I would rank The Hyde and The Chuck as the ones that have a more unique flavor profile. In the case of full-sized Chuck, I did find it to be different than its smaller and skinnier siblings. The full-sized Chuck brought a little more of a musty component into the flavor profile. As mentioned, the mustiness seemed to complement some of the other flavors in a positive way.

This is a cigar I would steer toward a more experienced cigar smoker. As for myself, I still prefer the Pudgy and Skinny Chuck versions, but the full-sized Chuck is one I would smoke again and recommend to others that they purchase one.