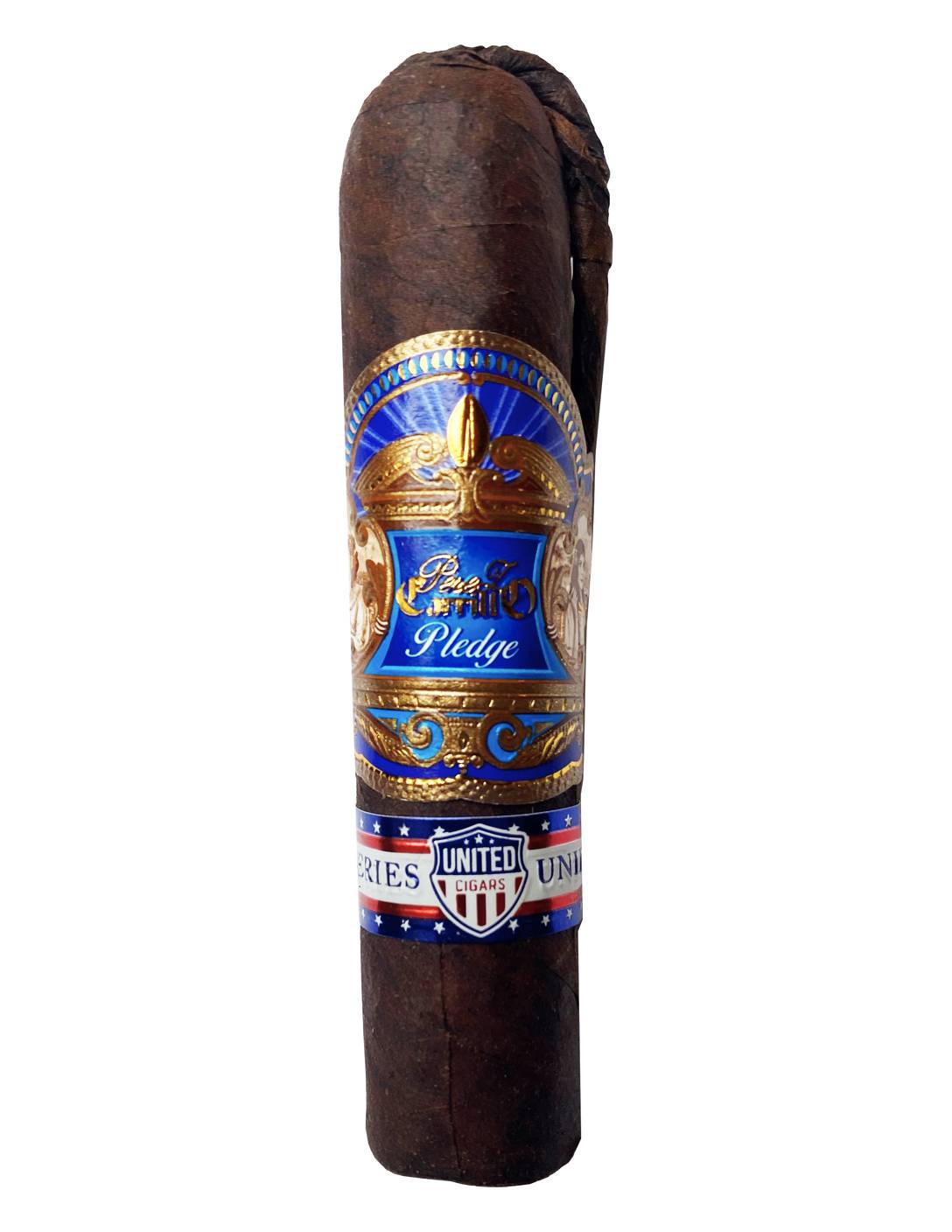 The Firecracker is a 3 1/2 x 50 that features a long fuse stemming from the cap. The series started as a concept created by David Garofalo as an exclusive to his Two Guys Smoke Shop stores as a cigar to commemorate Independence Day. The first Firecracker was done by My Father Cigars based on the Don Pepin Original Label. The series morphed into an annual release different manufacturers producing Firecrackers. Eventually, the series moved into Garofalo’s United Cigars distribution arm.

Produced at Perez-Carrillo’s Tabacalera La Alianza, the Pledge features a USA Connecticut Habano wrapper over an Ecuadorian Binder and all-Nicaraguan fillers. The 3 1/2 x 50 cigars will be presented in 20-count boxes with a total production of 20,000 cigars (1,000 boxes). The cigars will be made available to United Firecracker retailers. Pricing is set at $7.00 per cigar.

“The wrapper draws you in immediately and once you light up you know you’re in for a ride,” added Oliver Nivaud of United Cigars. “We are honored to work with a legend in our industry, and to have this blend represented in our Firecracker format. Let’s Light Up The Skies!”

At a glance here is a look at the E.P. Carrillo Pledge Series.

Other previously released sizes of the E.P. Carrillo Pledge include: