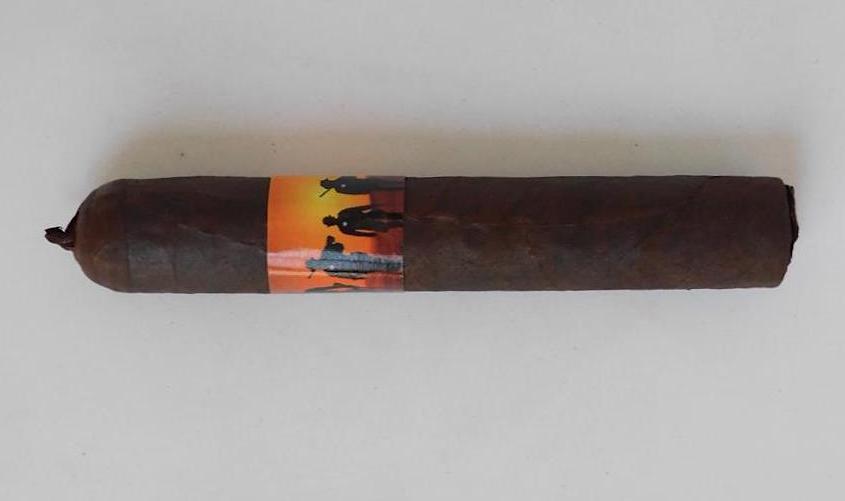 Since Protocol Cigars launched in 2015, the company has developed a portfolio that almost any cigar enthusiast can enjoy. It’s quite an amazing set of offerings. At the close of 2021, the company had 11 core blends, and by our count released 19 limited edition offerings. The majority of these offerings have kept to the brand’s theme of law enforcement. In 2021, the company incorporated a “Western” theme into several of its releases. This included the third installment of the Protocol Lawman Series Bass Reeves (released in a natural and maduro blend). It also included an ongoing limited store exclusive for Omertà Cigar Company in Oklahoma called Protocol The Law. Today it’s Protocol The Law we examine in depth

In a press release announcing Protocol The Law, the company explained the genesis behind this project:

Protocol The Law is offered in one size – a 5 x 52 Robusto. The cigars are packaged in ten-count craft paper bundles. A total of 400 ten-count bundles were made for the initial production. 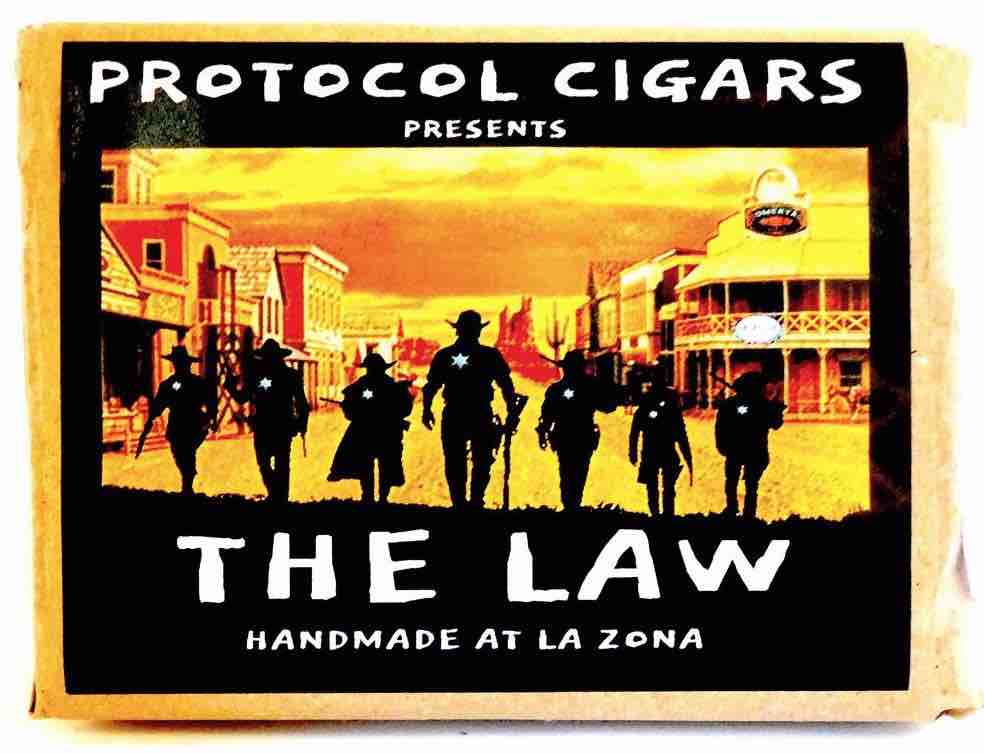 Packaging of Protocol The Law

The Mexican San Andres wrapper of Protocol The Law had a dark espresso bean color to it. There was a slight sheen of oil on the surface. There were just enough visible veins and seams to give the cigar a rustic look to it. The cap was finished with a short pig-tail as well as a covered footer.

The band features silhouettes of law enforcement officers in an old western-style town at sundown. Orange and yellow hues on the band accent the sundown theme while black colors amplify the silhouettes.

As opposed to pulling off the pig-tail of Protocol The Law, a straight cut was used to remove both the cap and pig-tail at the same time. From that point, it was on to the pre-light draw experience. The cold draw delivered a mix of coffee and wood as well as a slight amount of cedar and pepper notes. Overall this was a satisfactory pre-light draw experience. At this point, it was time to toast up Protocol The Law and move on into the smoking phase.

Protocol the Law opened up notes of damp earth, coffee, black pepper, and cedar. Some dried fruit notes quickly entered the equation. As the cigar moved through the early stages of the first third, the damp earth and coffee notes moved into the forefront. The black pepper, cedar, and dried fruit settled into the background. Meanwhile, there was an additional layer of black pepper on the retro-hale.

During the second third of Protocol the Law, the coffee and damp earth remained primary. The cedar and dried fruit remained second. The black pepper went through a very slow and steady increase.

The final third of Protocol the Law did not see much in the way of change. The coffee and damp earth remained primary. The pepper continued to gradually increase but never reached the forefront. The cedar and dried fruit rounded out the remainder of the flavor profile. The last stages of the cigar exhibited some harshness. This is the way Protocol the Law came to a finish. The resulting nub was firm to the touch and cool in temperature.

The burn of Protocol the Law required frequent touch-ups along the way to maintain a straight burn path and straight burn line. At times the burn line was quite jagged and seemed to be ready to meander off the path at any second. The resulting ash was light gray. This wasn’t an overly firm ash, but it wasn’t loose nor flaky. The burn rate and the burn path maintained ideal rates. 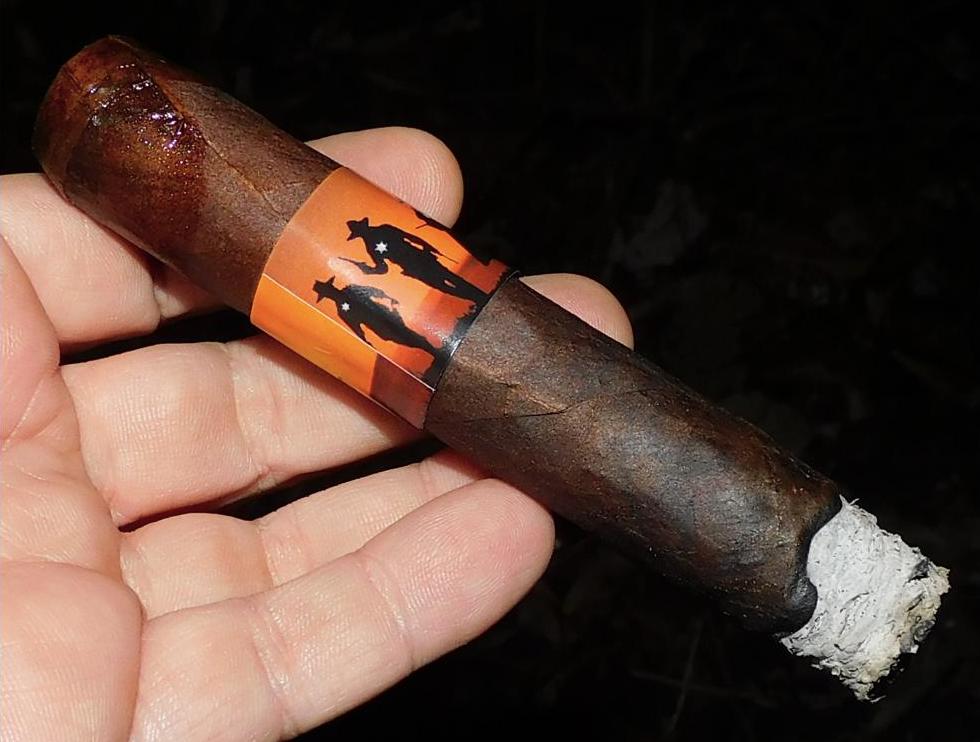 Burn of Protocol the Law

The draw of Protocol the Law was a little tight when first lighting the cigar, but quickly it opened up. The tightness I’ll attribute to the covered foot. Once the draw opened up, it was on the open side – which is something I do not prefer.

Protocol the Law is a full-strength, full-bodied cigar from start to finish. There was a nominal increase in the intensity of both attributes. Retro-haling also took the strength and body levels up. In the end, this was a cigar where the body maintained the edge throughout the smoking experience.

Protocol the Law delivered a fairly straightforward bold assortment of flavors from start to finish. There wasn’t much in the way of flavor transitions, but when it came to flavor nuances it was better. Except for the harshness at the very end, the flavors delivered were quite enjoyable. These flavors along with the boldness seemed to work quite well. Burn-wise and draw-wise, this cigar wasn’t bad, but both could have been better. In the end, this is a cigar I would recommend to a more seasoned cigar enthusiast who enjoys fuller blends. It’s definitely not for a novice. There was enough going on with this cigar where I would buy and smoke this cigar again.